Robert Nixdorf and I facilitated a workshop on animatronics at the Bristol makerspace KWMC: The Factory. In some ways this was less a workshop and more of a fun and chaotic hackathon, but aimed at beginners with no previous electronics or hacking experience.

In groups we took them through the basics to set up a circuit with two joysticks as inputs controlling two servomotors as outputs. We used Arduino nano boards to power the projects and example code bases that could work off the shelf and then be hacked about and modified as people got more comfortable with the kit. Once the servomotors were up and running controlled by the joysticks the we started exploring the different joints and kinds of motion that could be created with them. The servomotors allow for two degrees of rotation, which we thought may be limited but it soon transpired could get very chaotic indeed! In some cases downright alarming.

After setting up the electronics, the groups got into designing and fabricating their puppets using an assortment of recycled materials and plenty of embellishments. At the end of the workshop each group gave a demo of their final animatronic puppet in action which was generally hilarious.

I love running these workshops where learning is interspersed amidst chaos and fun. There is plenty of scope for further exploration too. If we extended the workshop over multiple days we could go through the code from scratch as we did the circuitry to give a stronger introduction to the tech side of things. There would also be more scope to play with different animatronic mechanisms and consider how the speed and type of movement can create different effects. This would enable more intentional development of puppet characters, consciously translating the desired physical expression of the character into the animatronic control. 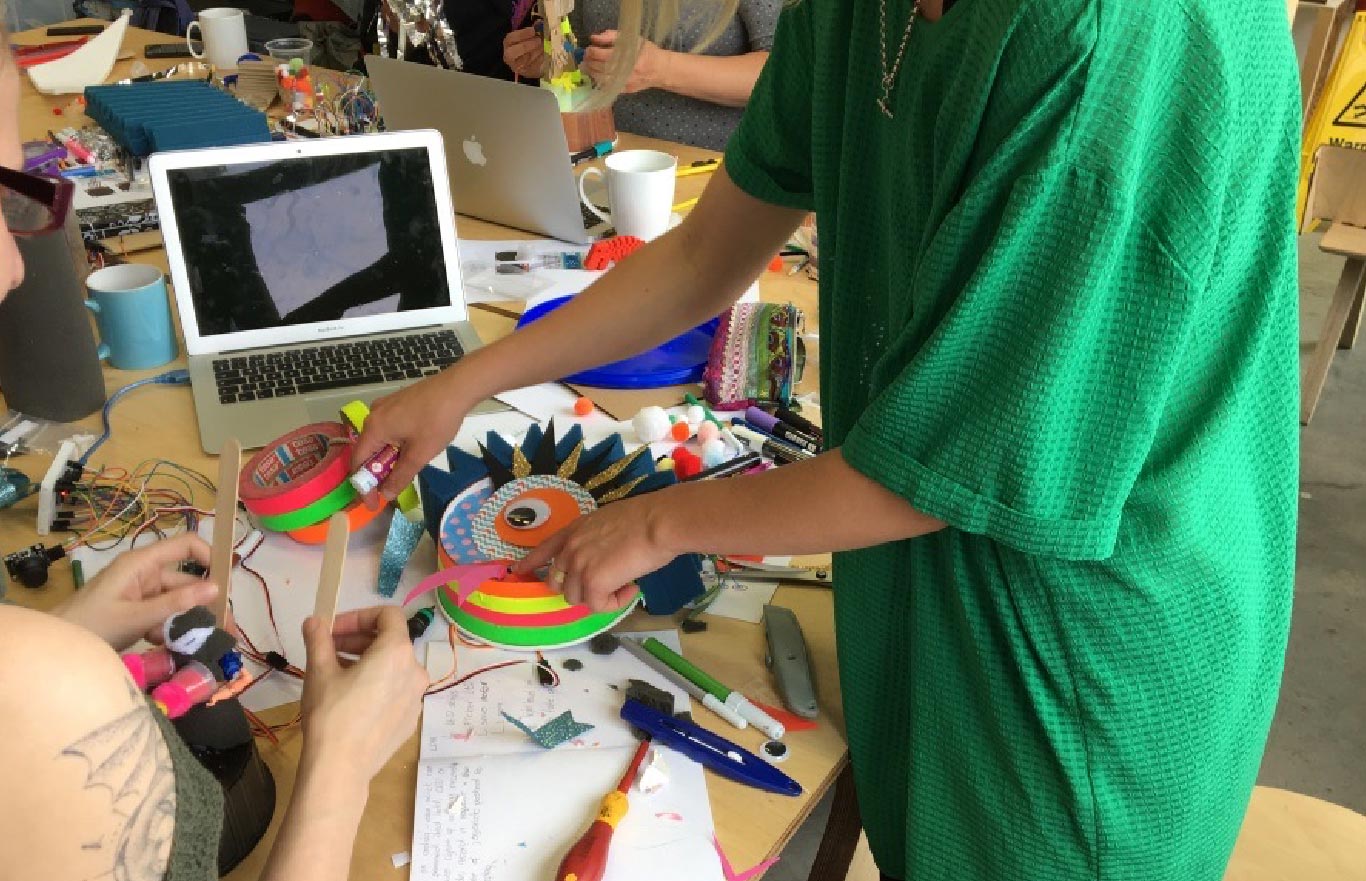 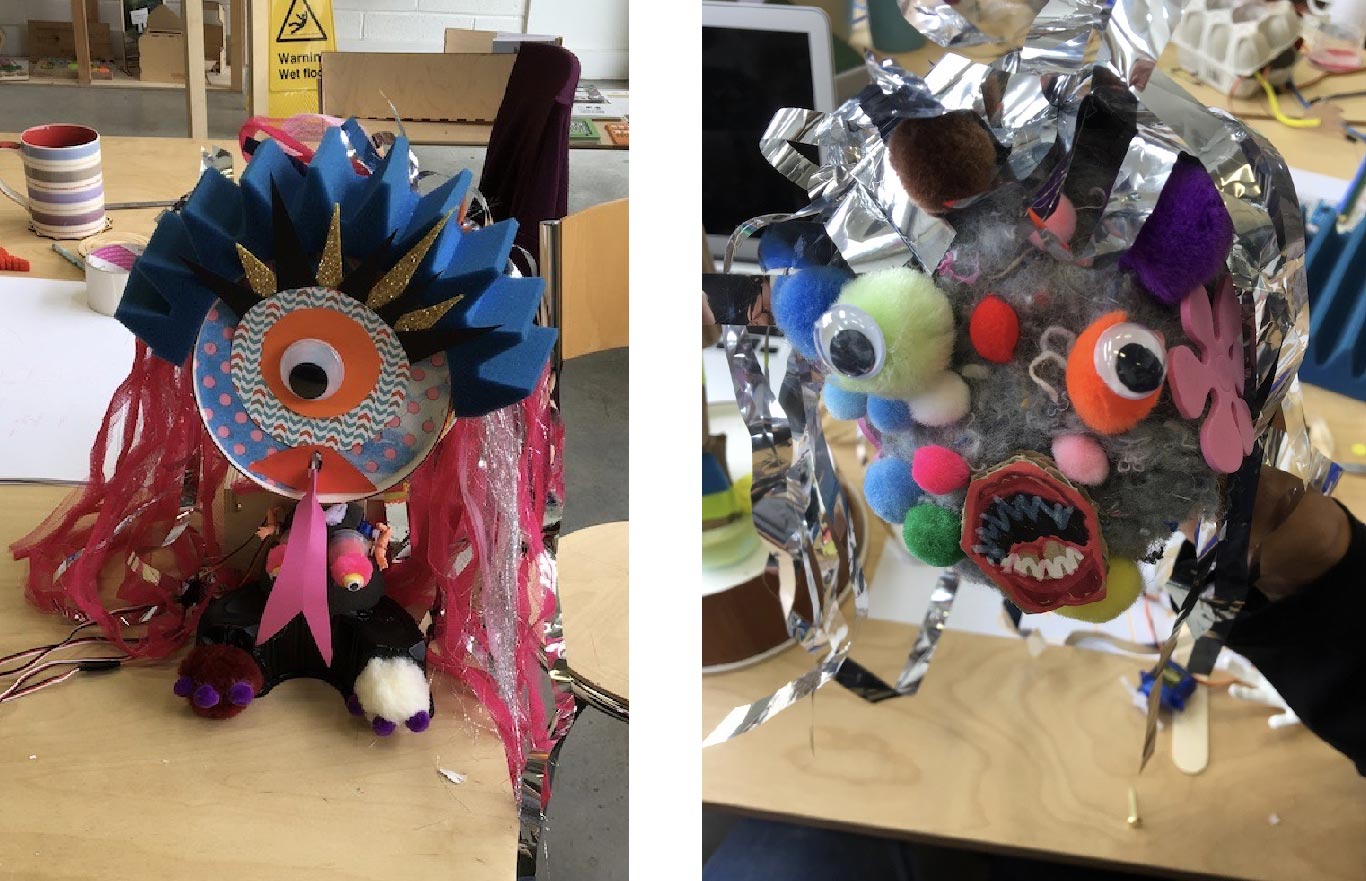 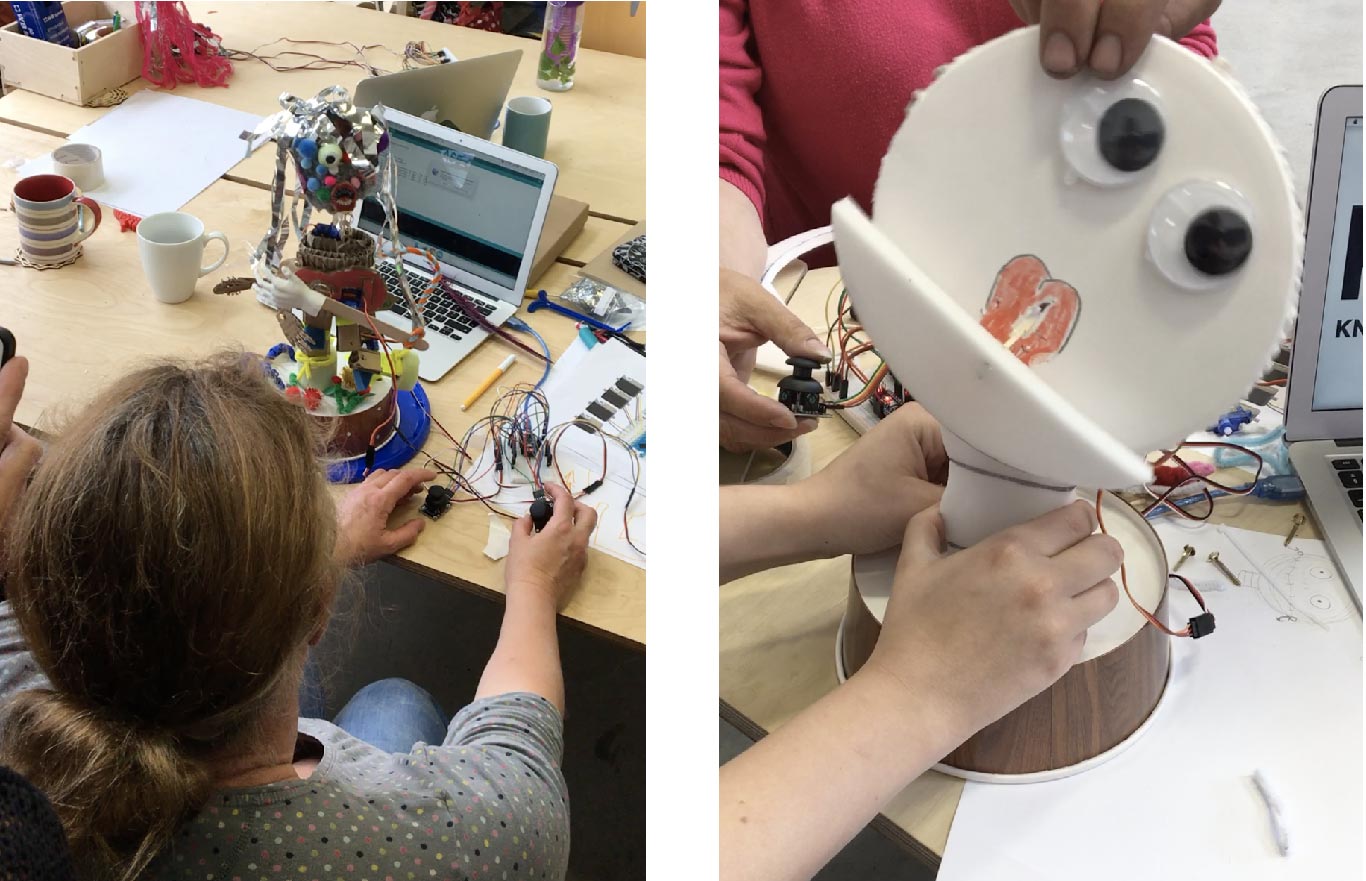 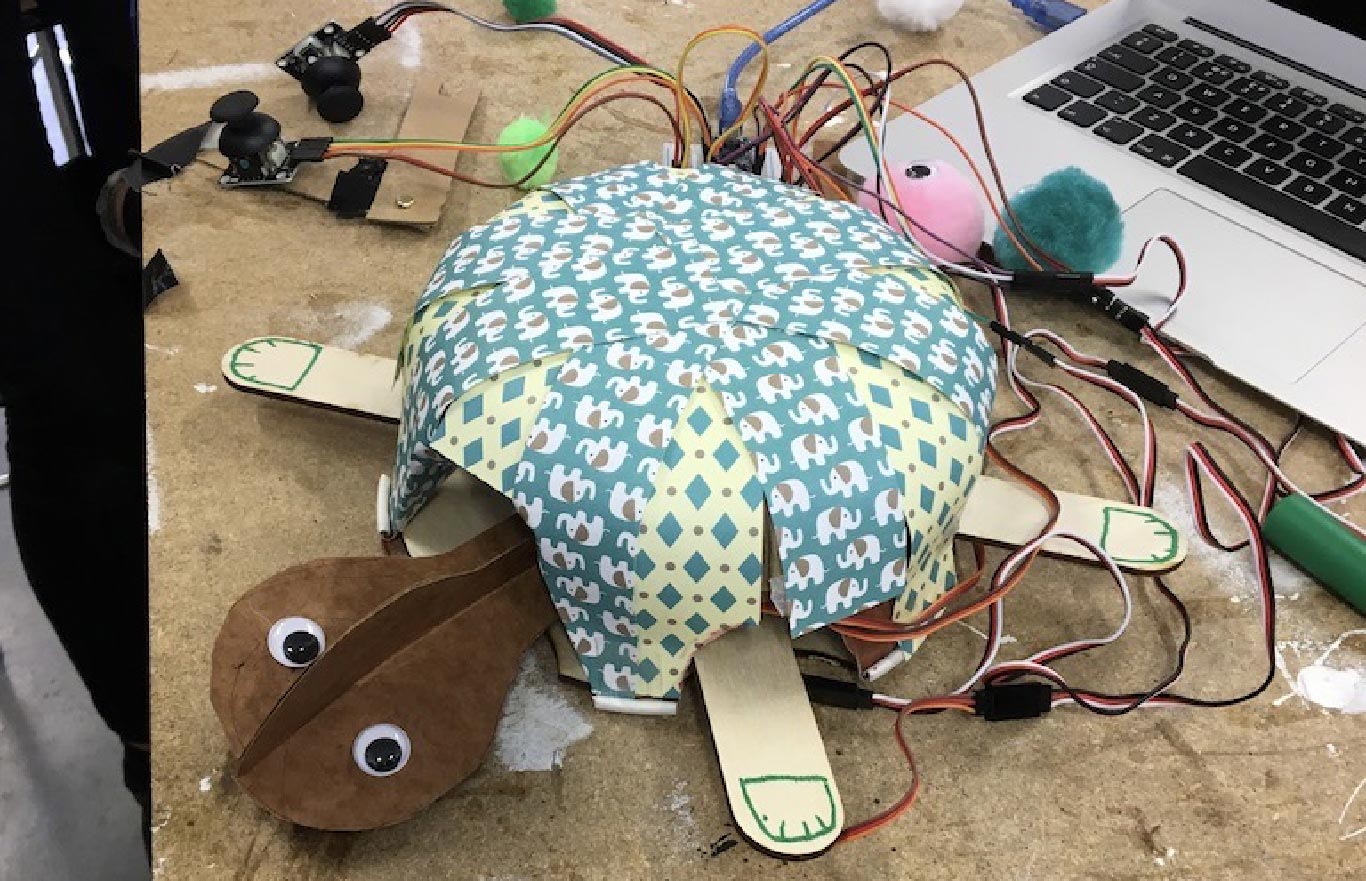 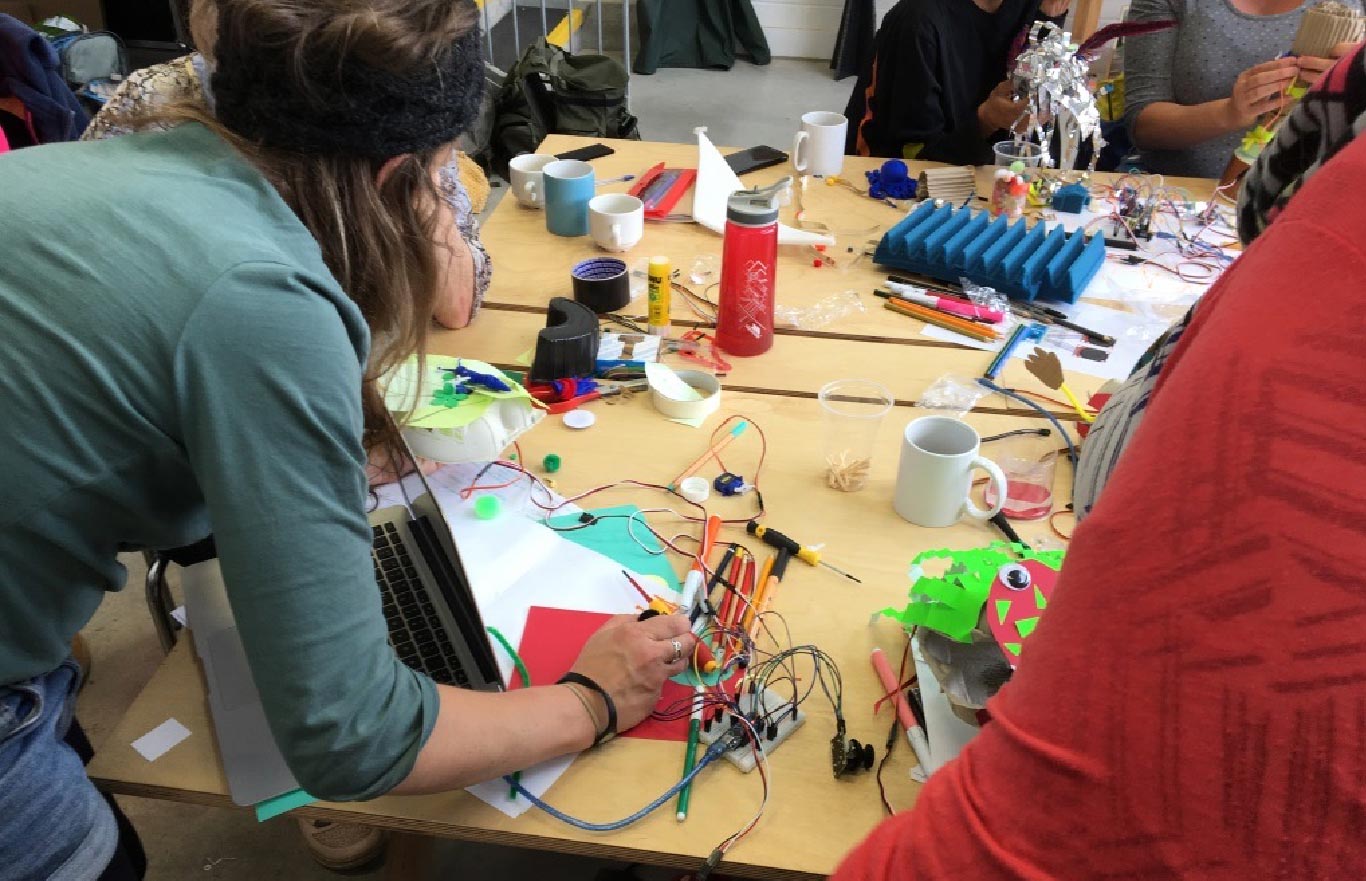 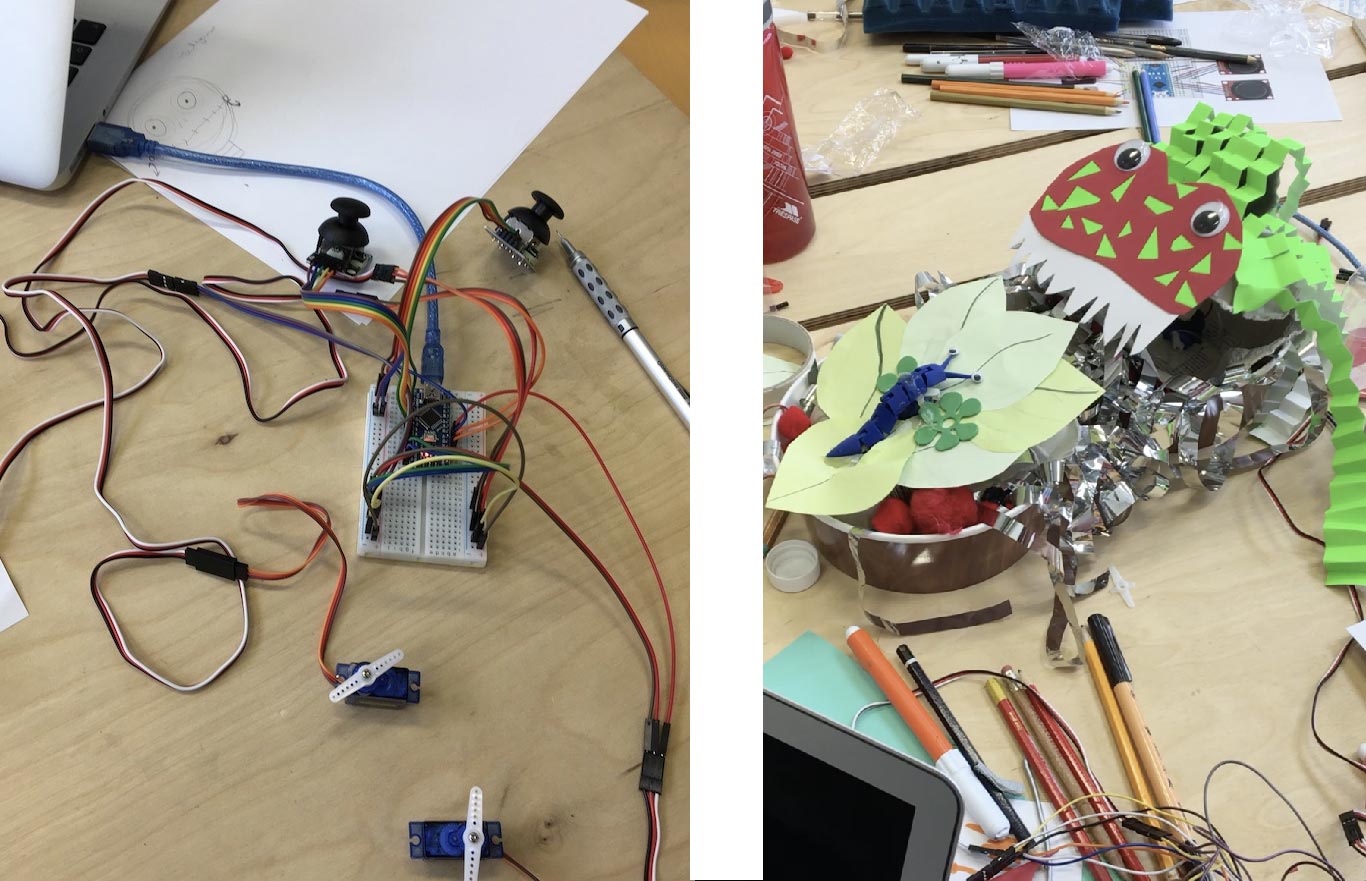