contact links craft research community about
< back to craft + play

I always get lost at festivals and am very bad at spotting my friends in a crowd. My solution to this was to make a giant inflatable light up horn helmet so that my friends could always find me instead. It worked like a charm. And since then has been a great addition for roller disco! 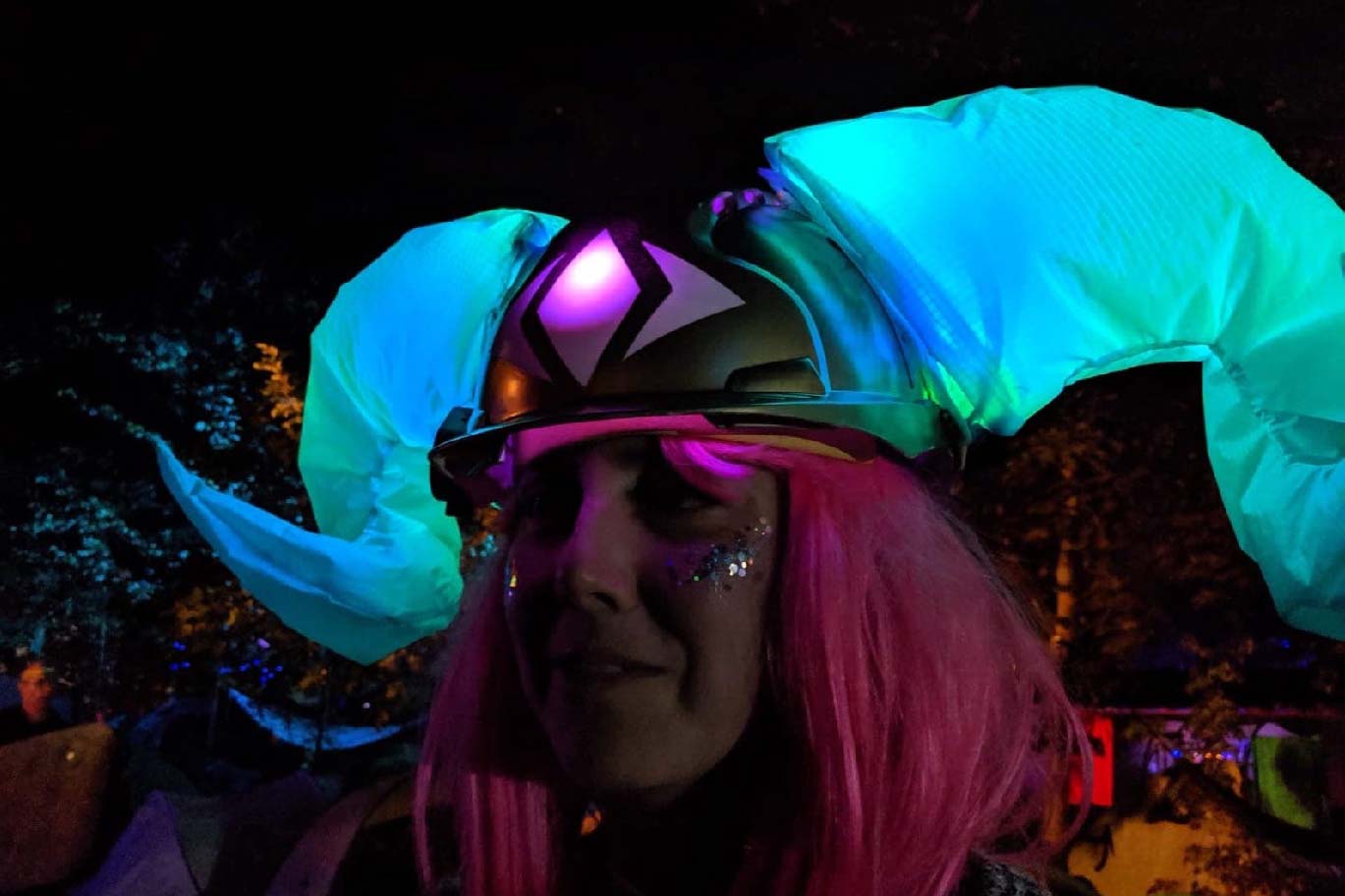 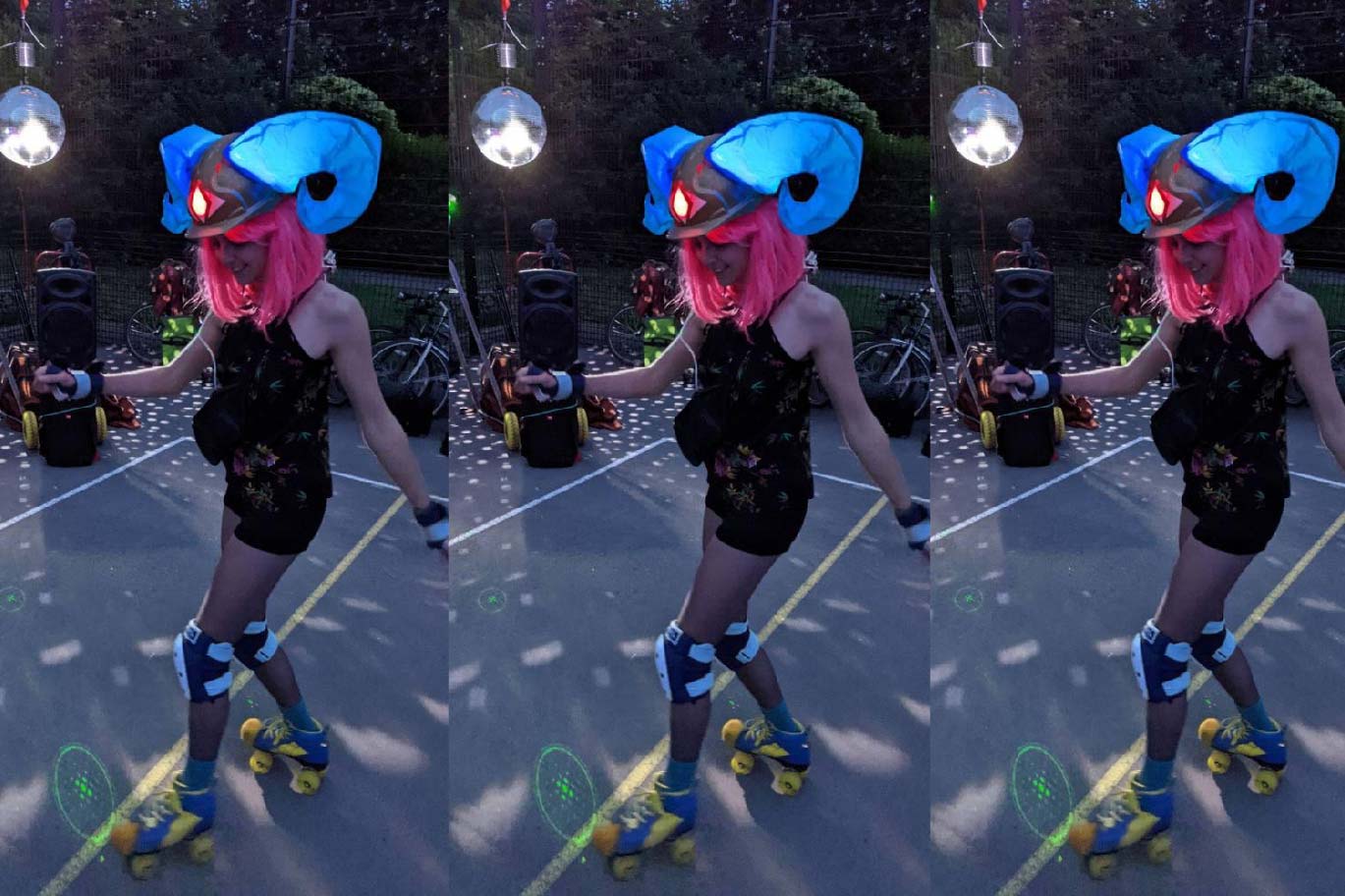 I originally thought I'd make the horns with pool noodles and string (I seem to have an endless supply of pool noodles lying around) but they were very big and unweildy. Instead I took inspiration from my friends Richard, Robert and Emma, founders of Air Giants and masters of huge playful inflatables. The great thing about inflatables: lightweight, easily packable, fun, safe, chaotic-good.

I actually made most of the helmet at Richard's house which is a treasure trove of machines and tools. I began by shaping the horns in plasticine and covering it with tape. Cutting the tape off in panels creates a flattened pattern that can be scaled up and used for cutting the fabric. We scaled it up on the computer and lasercut the fabric to save all the awkwardness of trying to scale up the pattern by hand. I still cut out a paper pattern from the lasercut pieces for future use.

I attached the horns to the helmet (an old builders hat) with double sided tape and velcro. I wanted the horns to be detachable so that I could adjust the position and access electronics later. 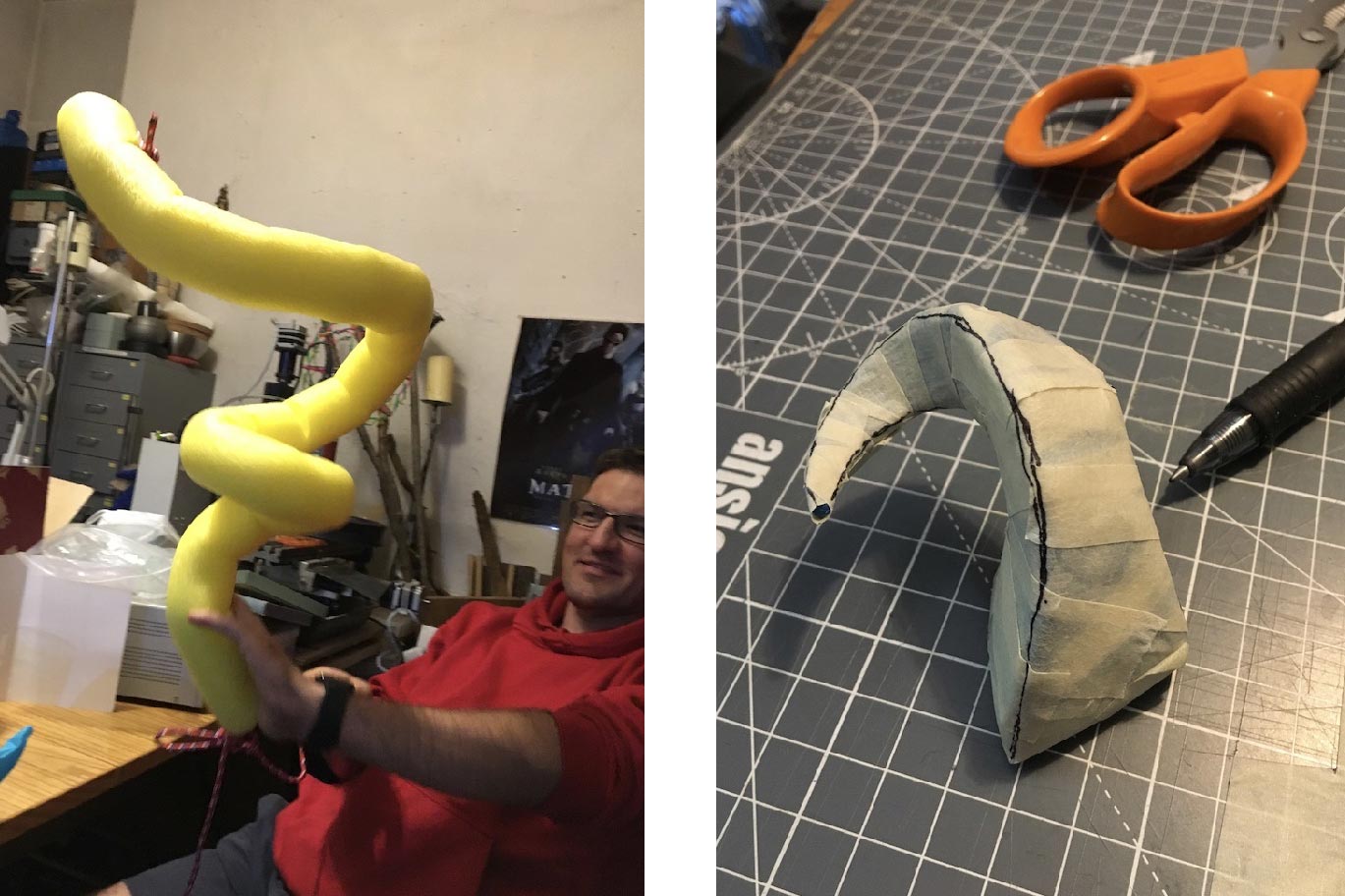 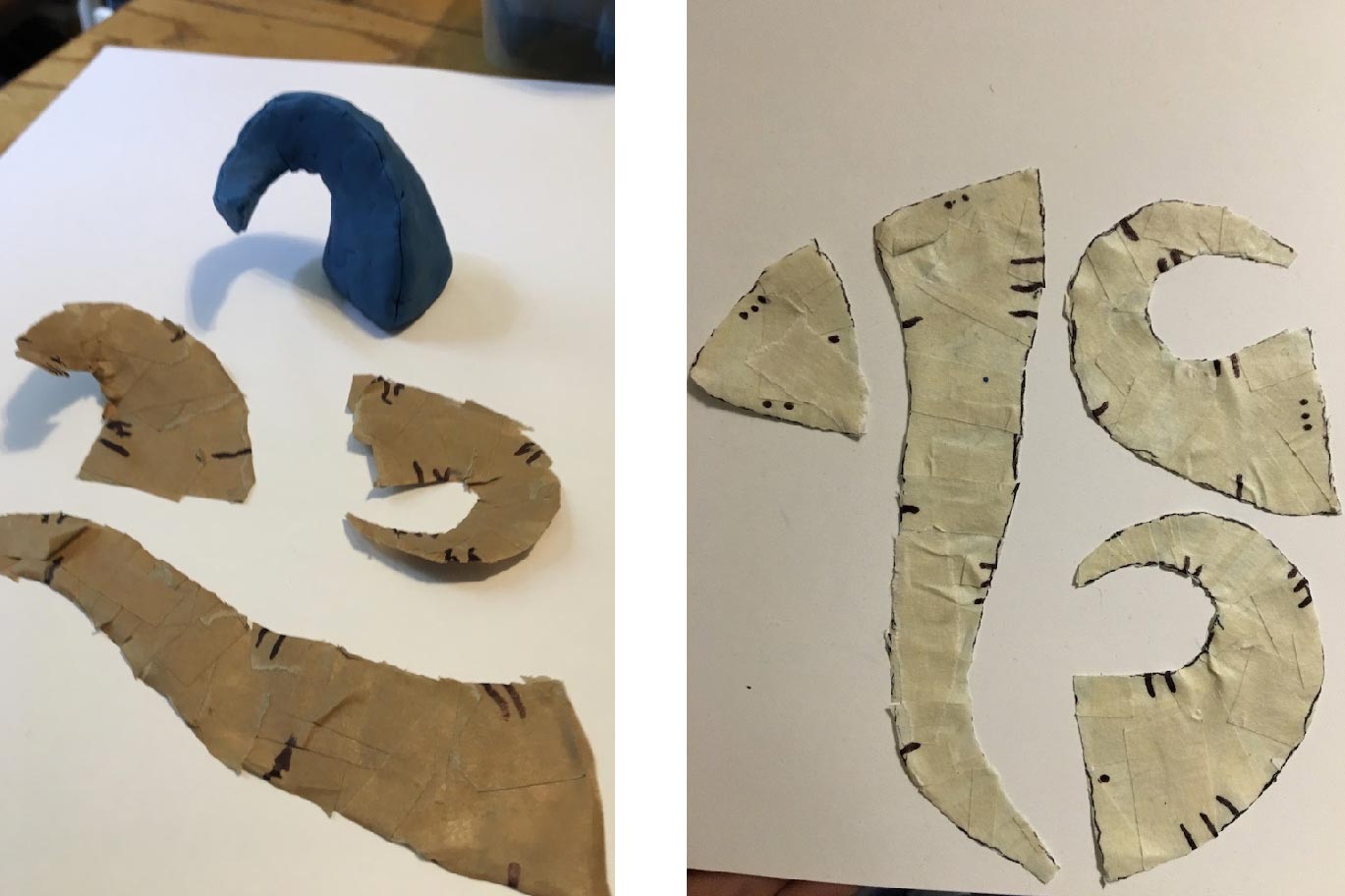 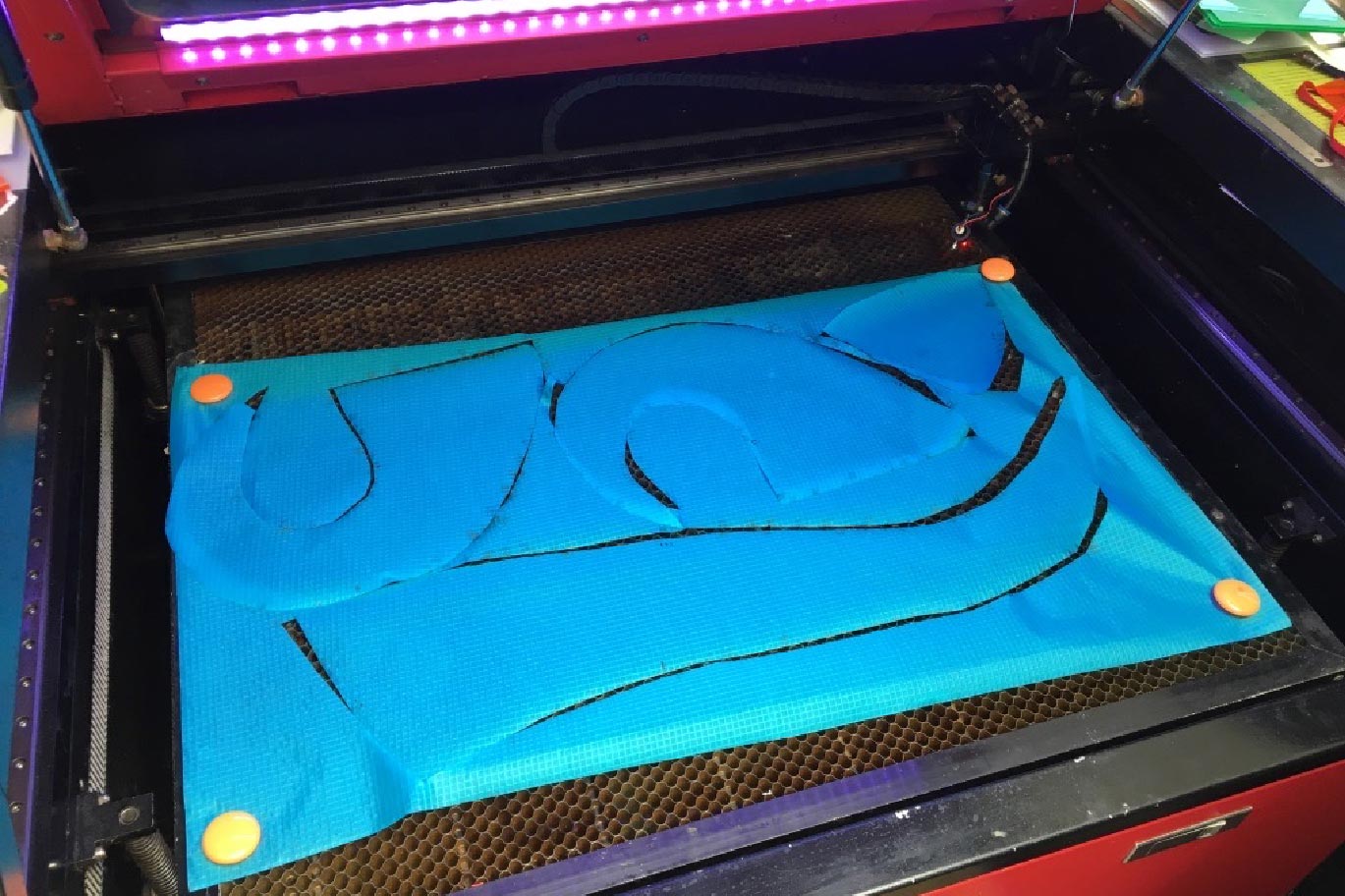 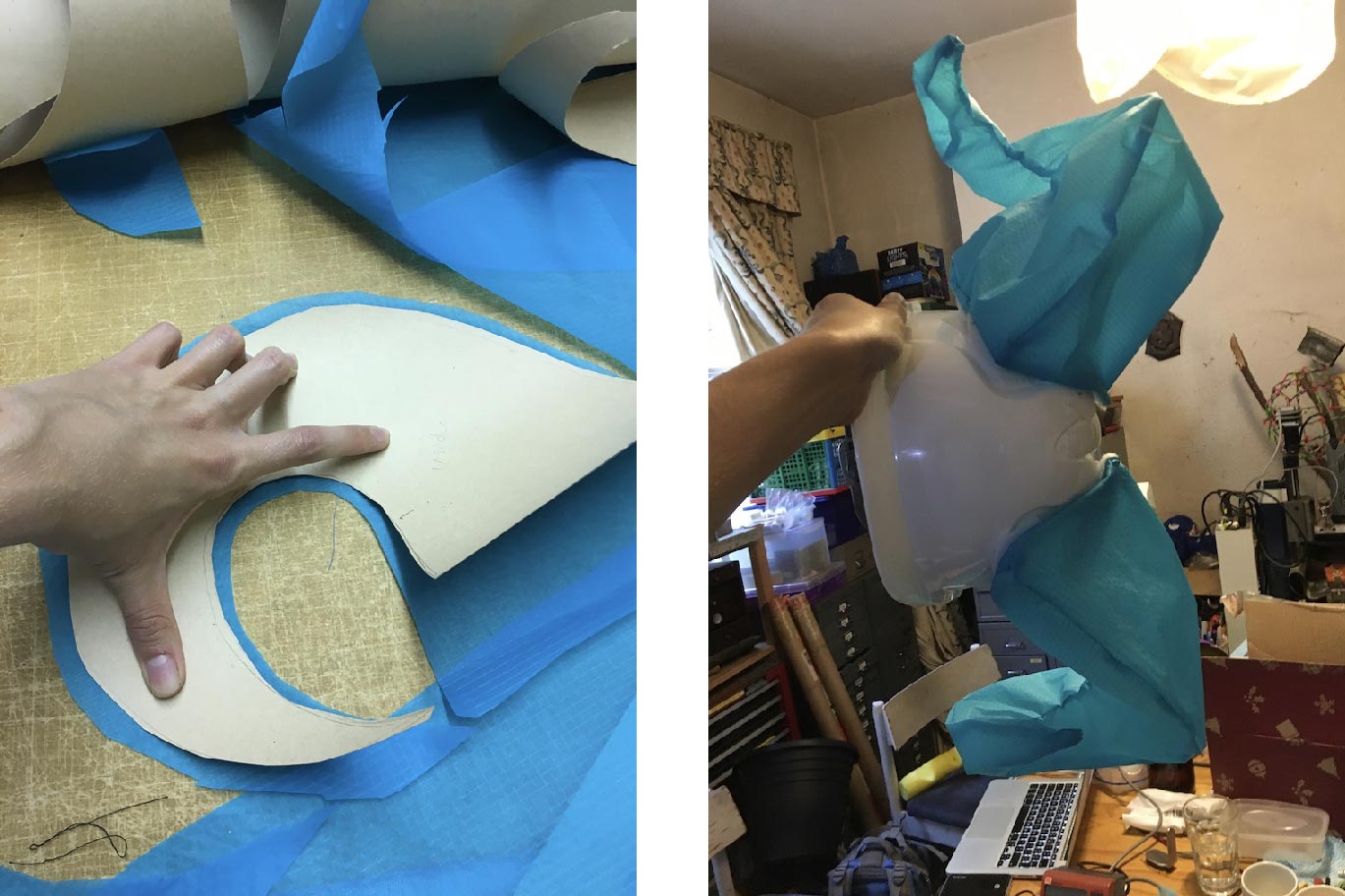 The next step: making it look fly. I spray painted the helmet gold, marking off patterns with masking tape. The white plastic allows light through so I wanted to have some details backlit from the inside.

To light up the horns, I made triangular pieces of LED strip to fit in the base of each horn and sewed them onto the fabric. The wires pass through a hole drilled into the helmet in the centre of each horn. To inflate the horns I attached a mini fan blower on the underside of each horn. I powered the LED strip and fan blowers from an arduino nano that fits neatly inside the helmet...turns out builders helmets have a perfect cavity inside for hiding electronics!

The whole project runs off a powerbank I tuck into a pocket or bag while wearing the helmets. Done! 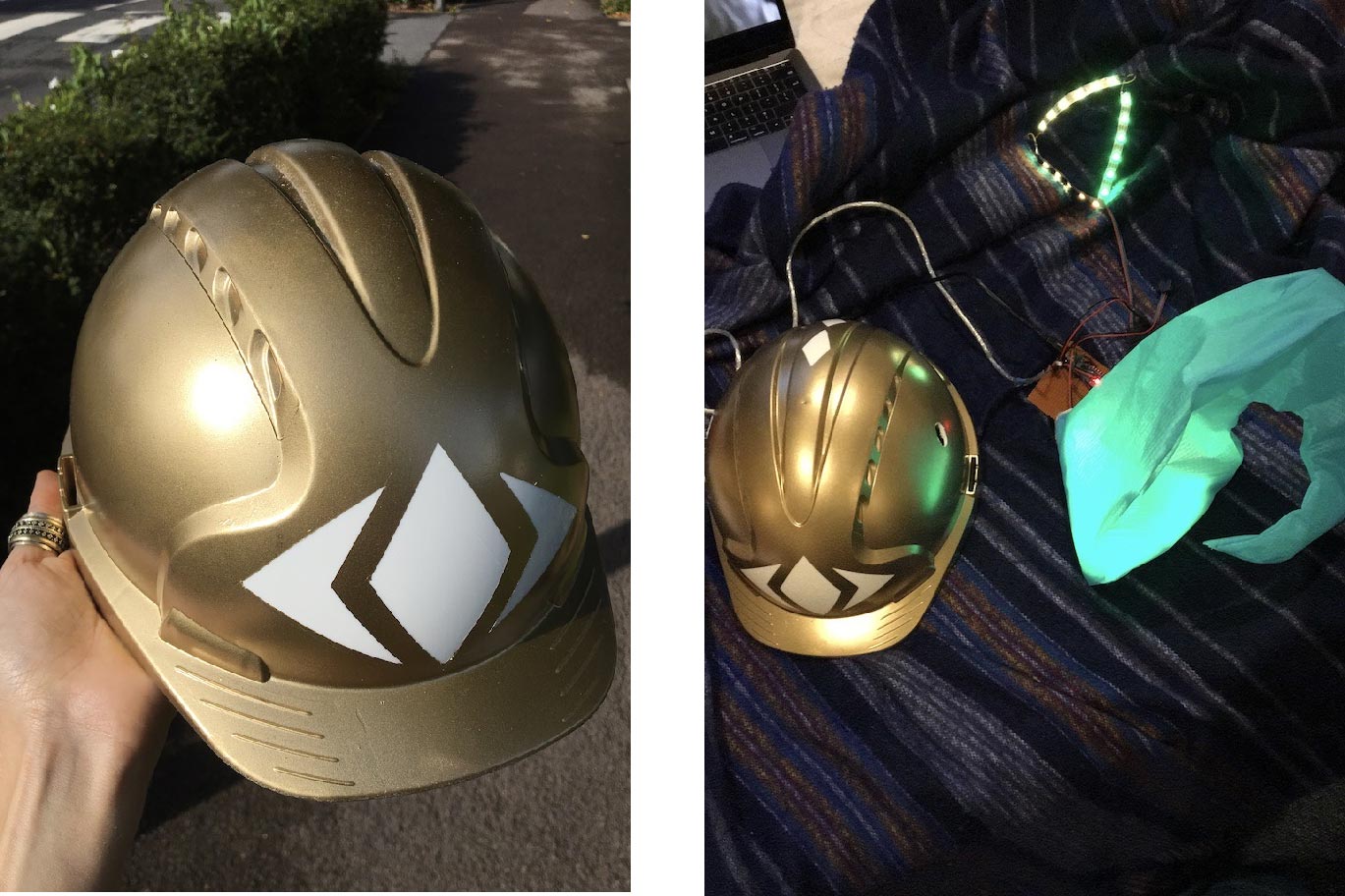 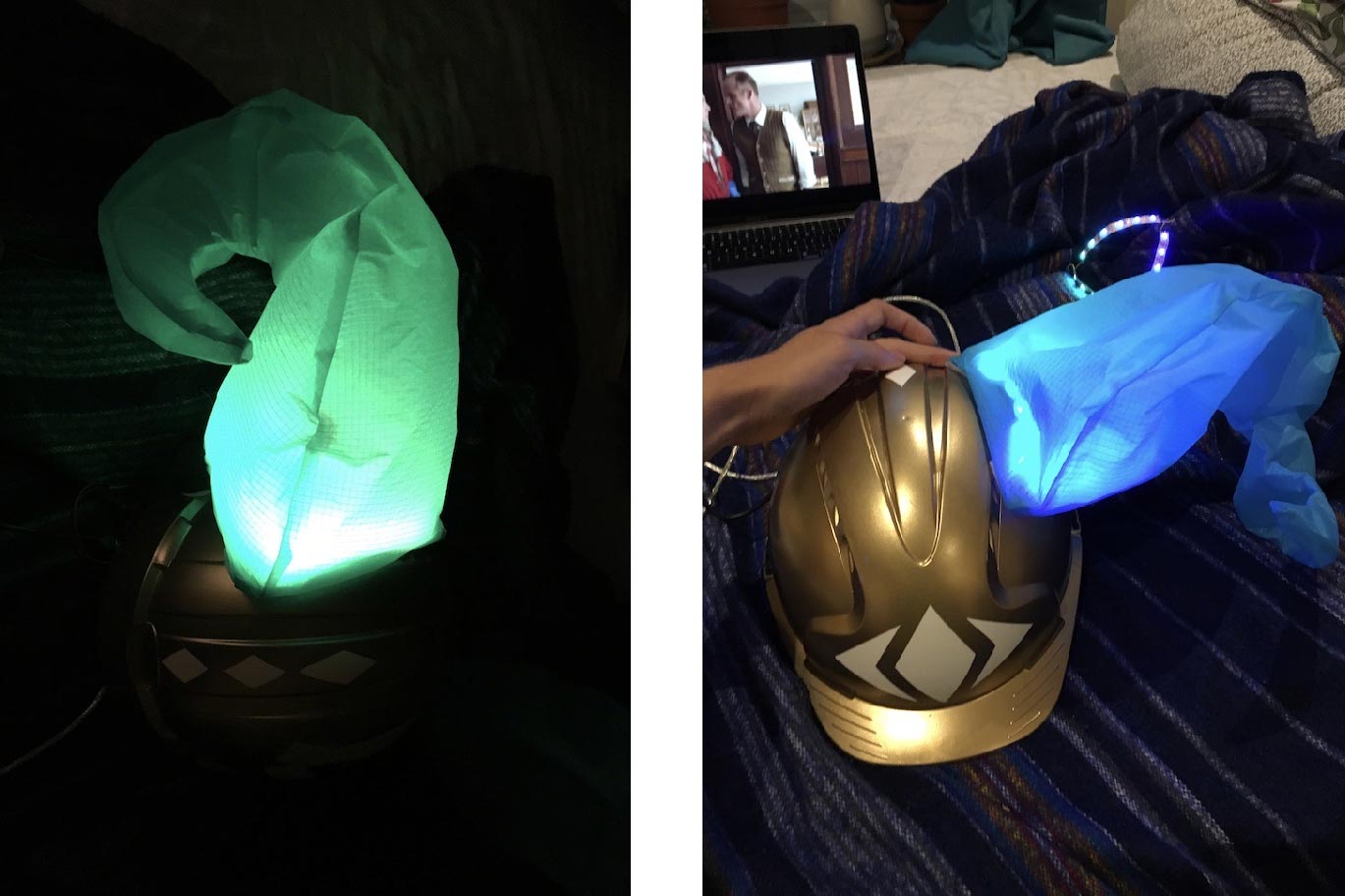 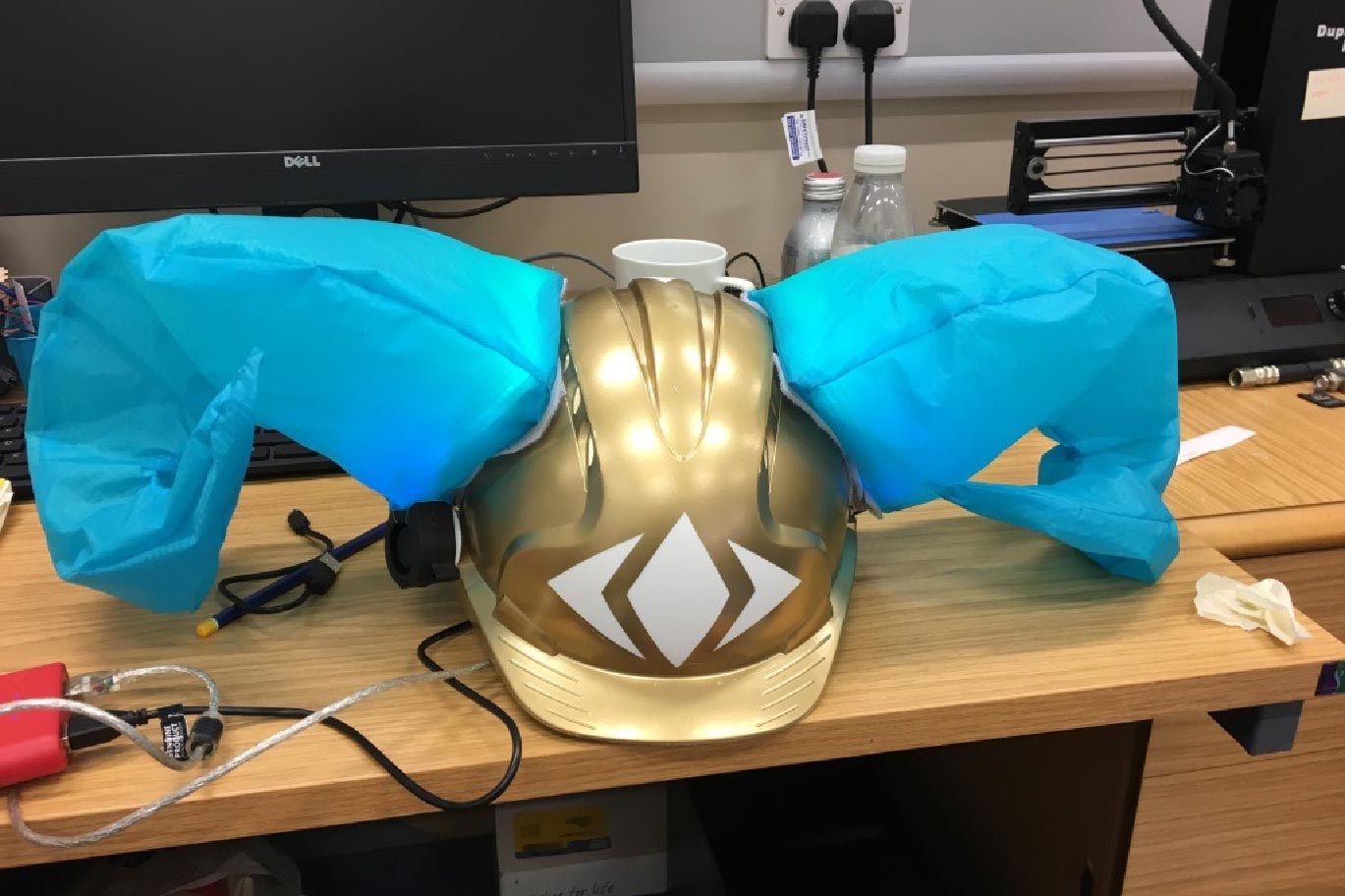 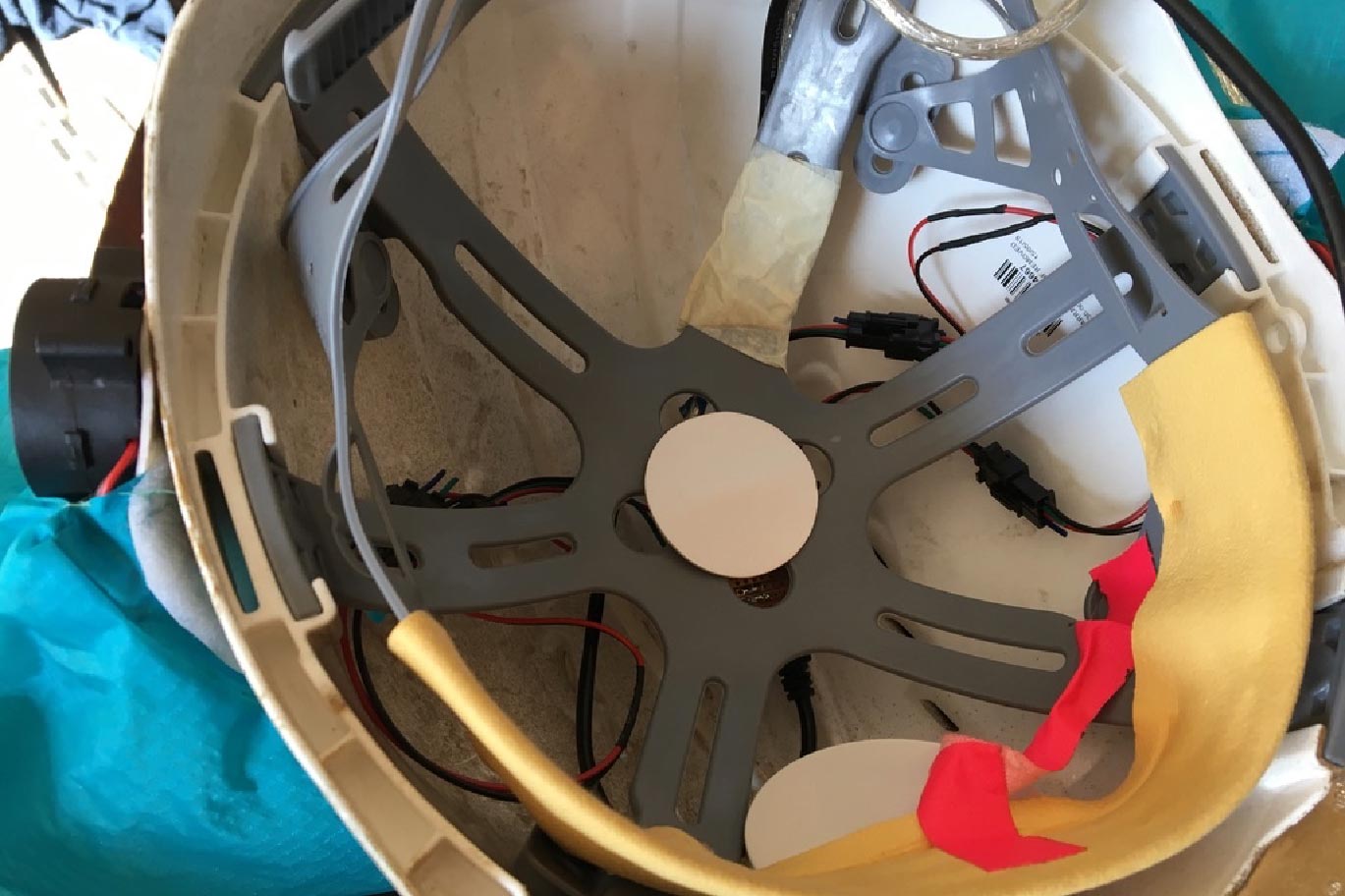 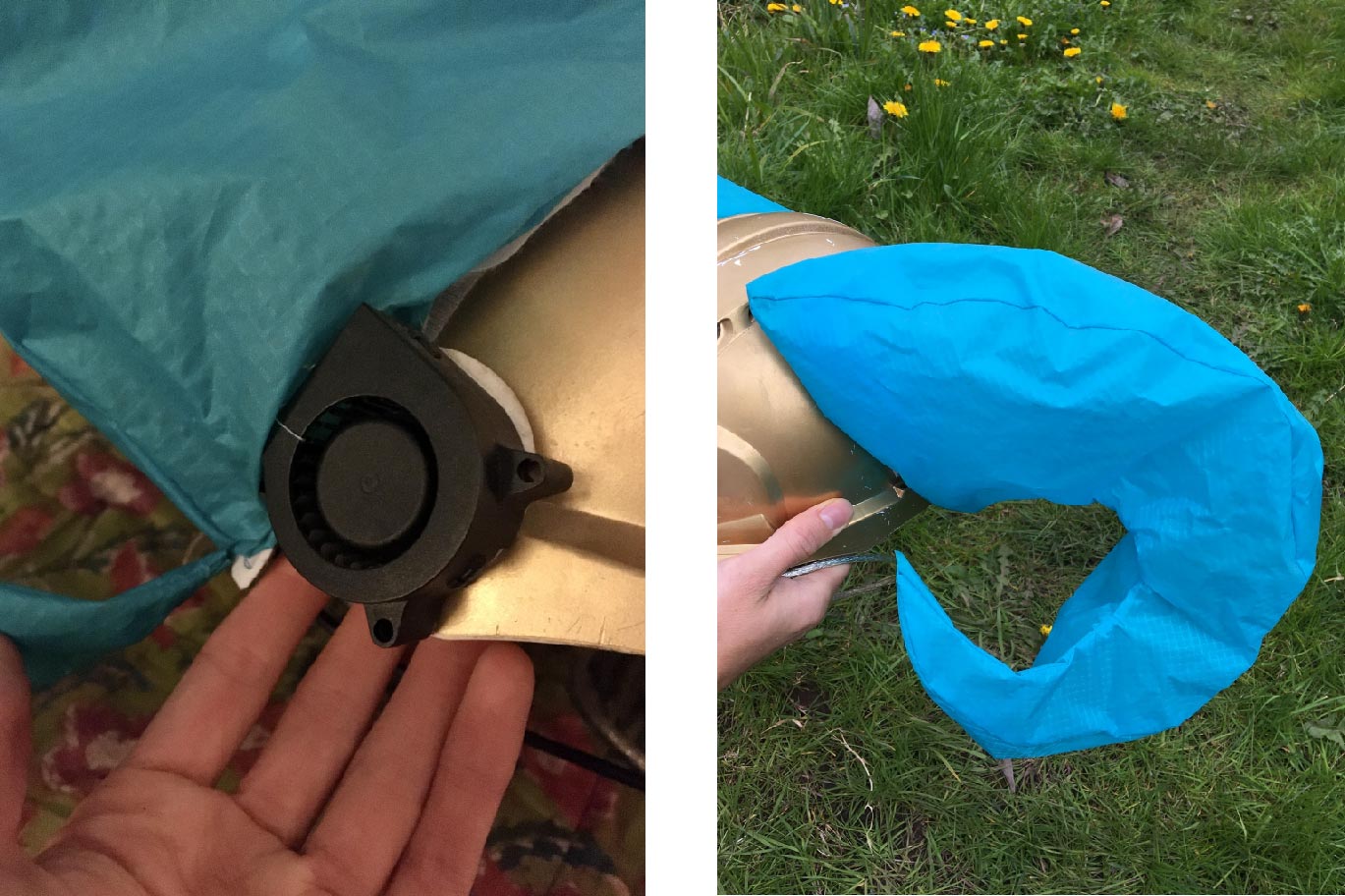 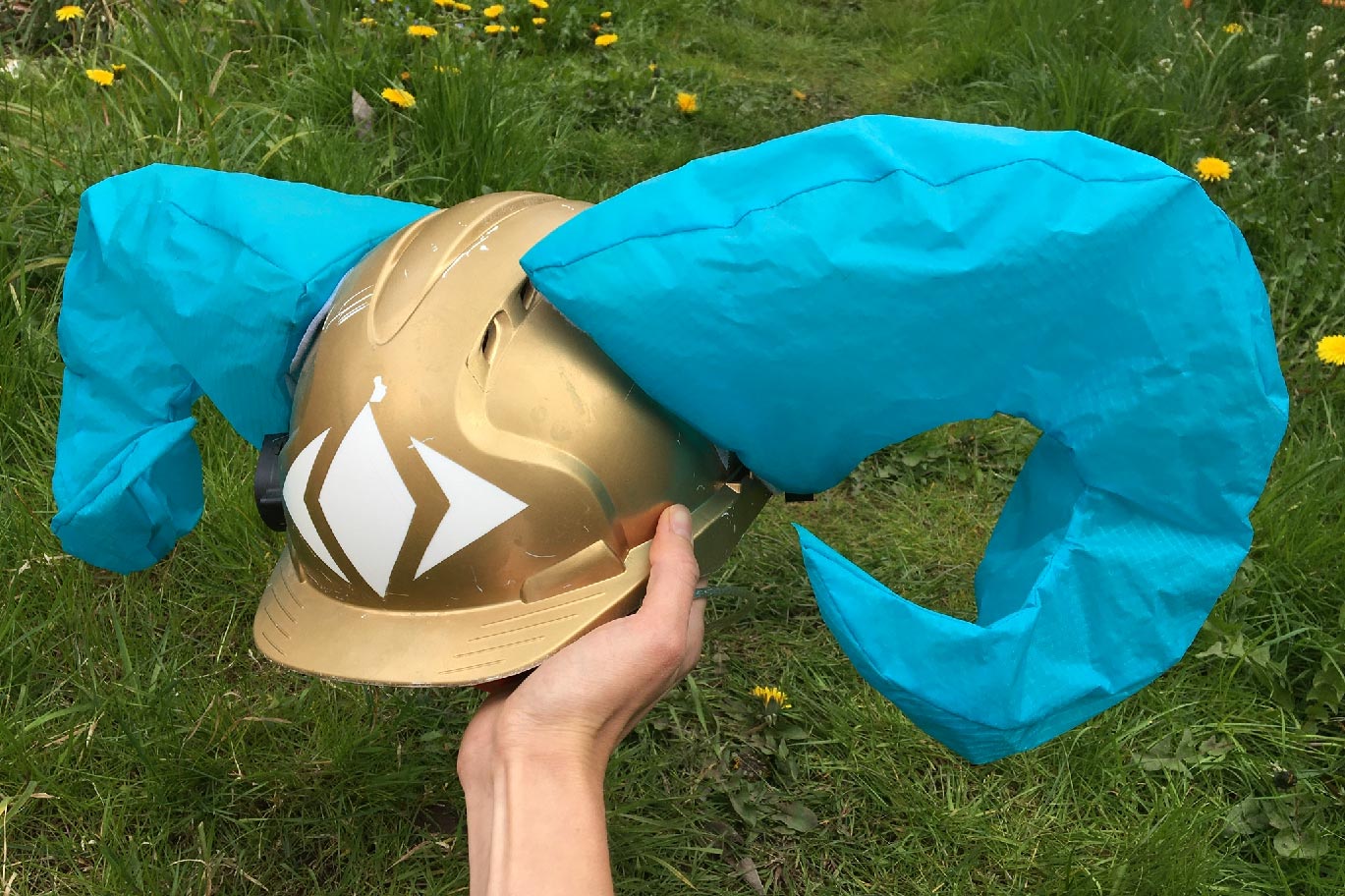 My first try out of the helmet was at Chaos Communication Camp in Germany...the ideal nerd festival for the horns to get full appreciation. They worked perfectly, and received many compliments. My friends could always find me and it was a great way to meet new people. All in all a 10/10 success.

The festival itself was great fun, Richard and Robert brought the Triffid air giant and I helped them run an Extra Thumb workshop in which people made themselves extra thumbs or other such useful attachments. The thumbs were assembled from lasercut plastic sheet and powered by string connected to other parts of the body - so actuation could come from a shrug of the shoulders or a tap of the foot. It was very chaotic and some surprising creations came out of it. 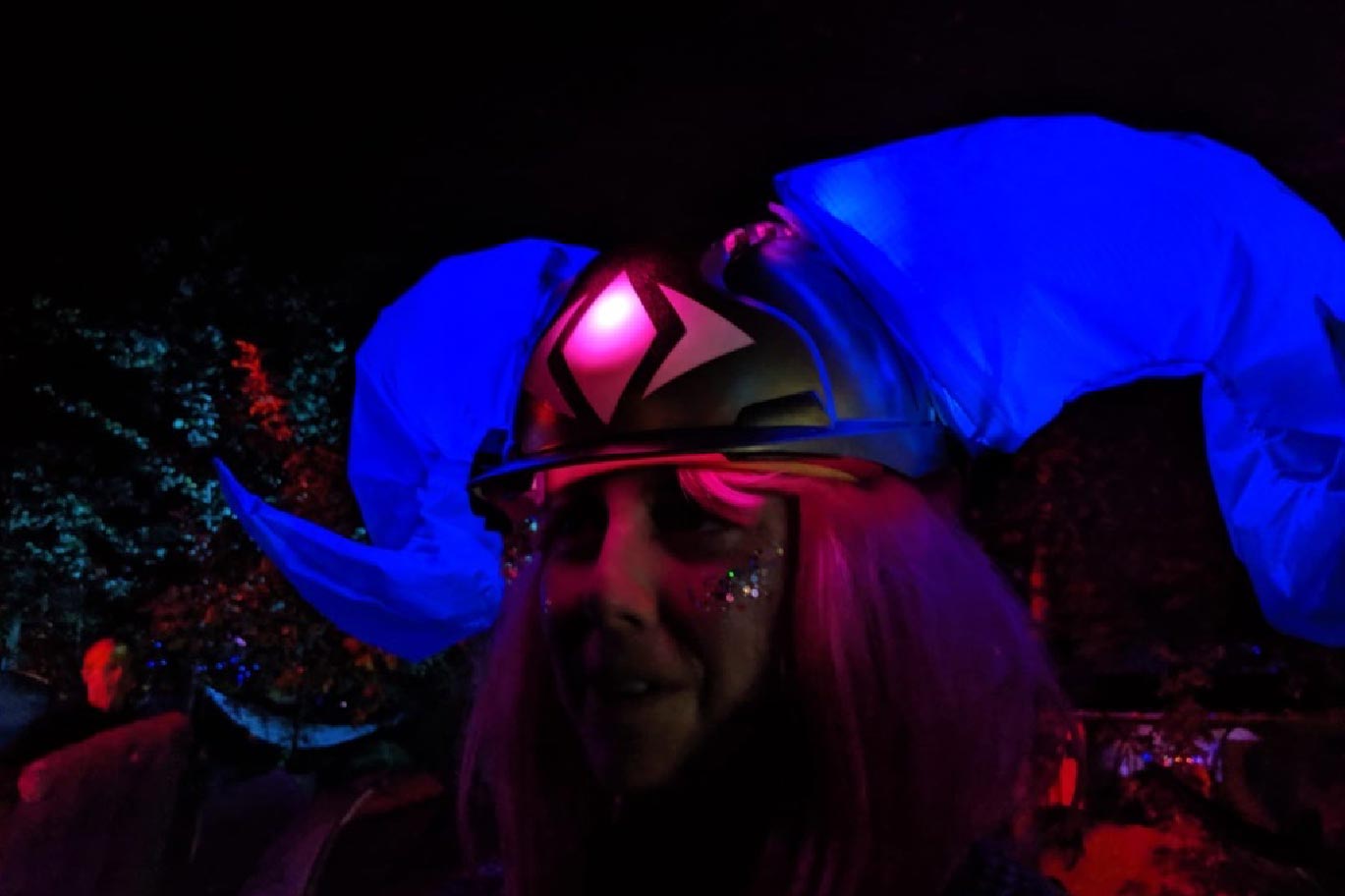 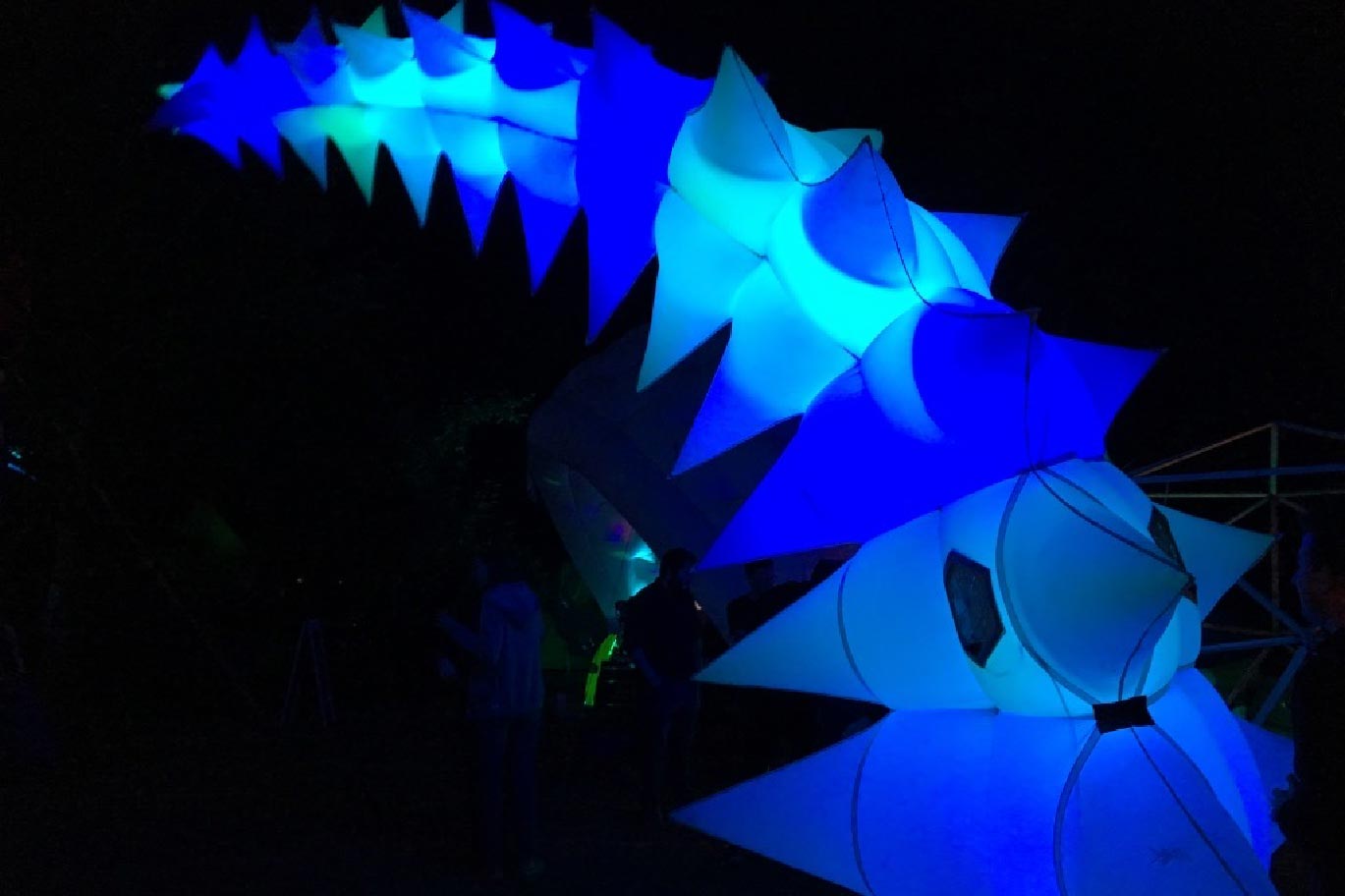 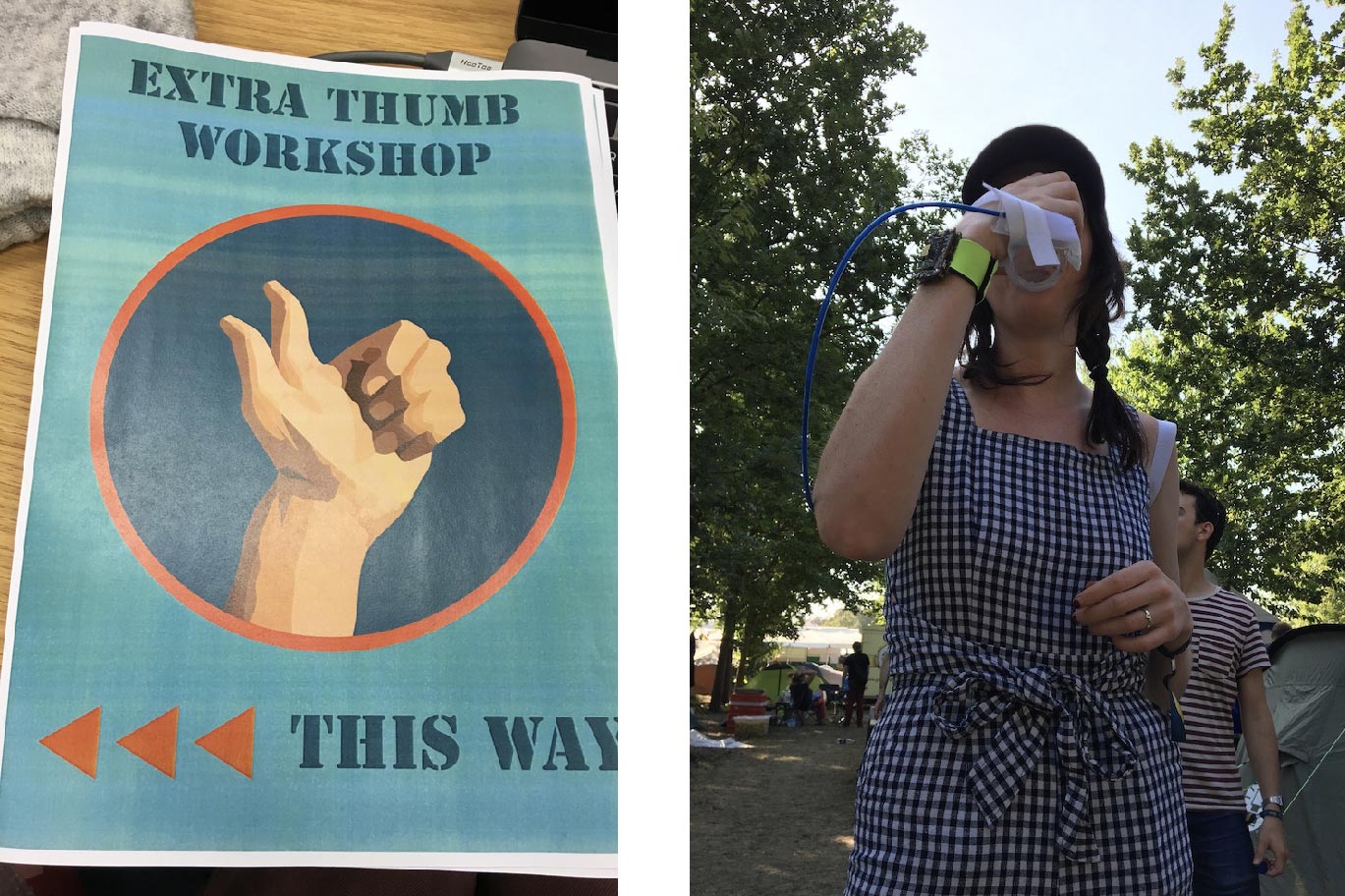 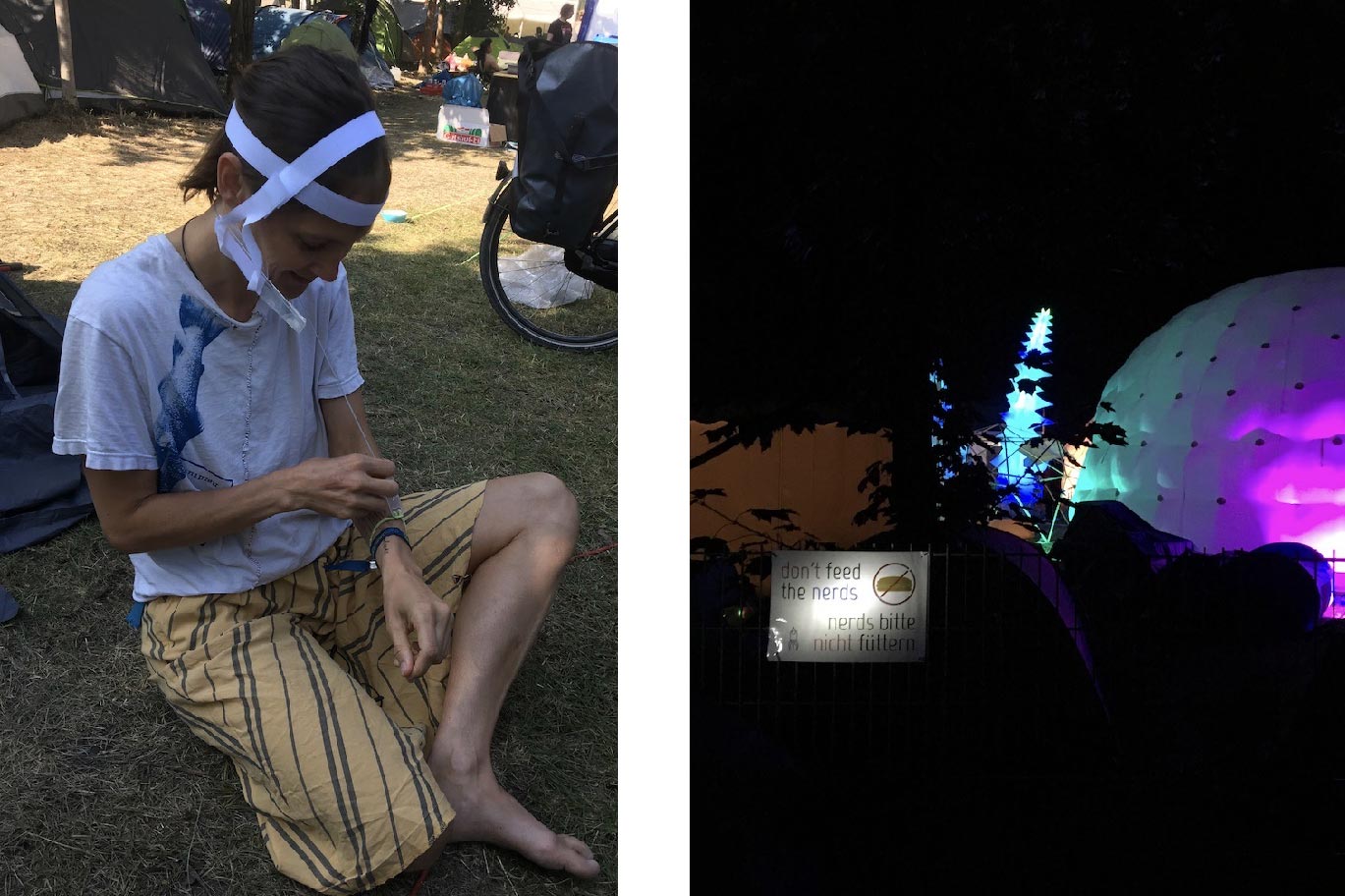