For the 2018 Robosoft conference, our lab developed two robots to compete in the locomotion competition. These were called RUBIC and Good Vibes. The competition is an opportunity to play with new ideas. With RUBIC we wanted to create an untethered robot driven by fluidic (pneumatic) actuation. Untethered versions of such robots are not often seen in soft robotics. With Good Vibes the focus was on using bouncing as a locomotion method, allowing for versatility on different terrains by adapting the inflation of its supporting silicone chambers and the speed of rotation of the off-centre mass that generates bounce. You can watch both robots in action at the competition here and at Research without Borders here. 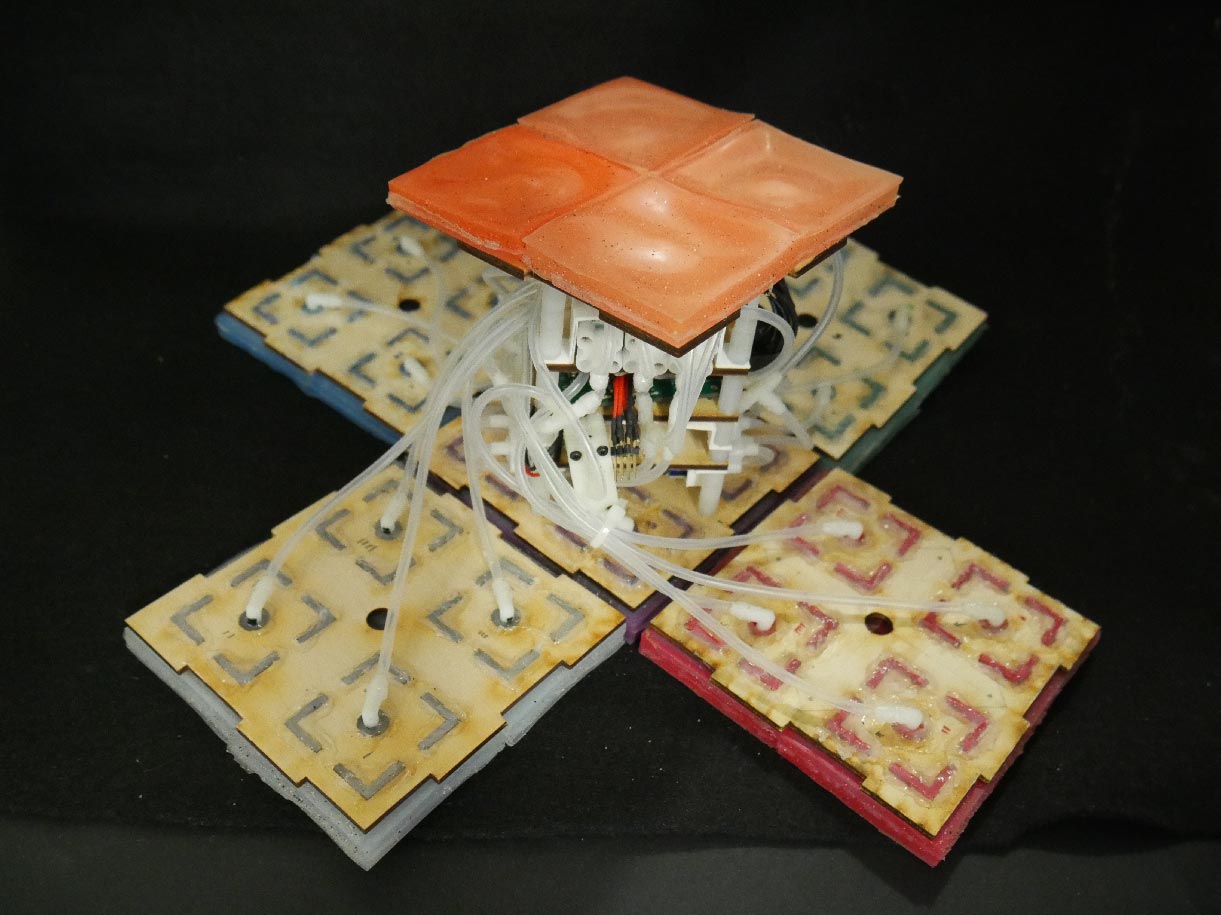 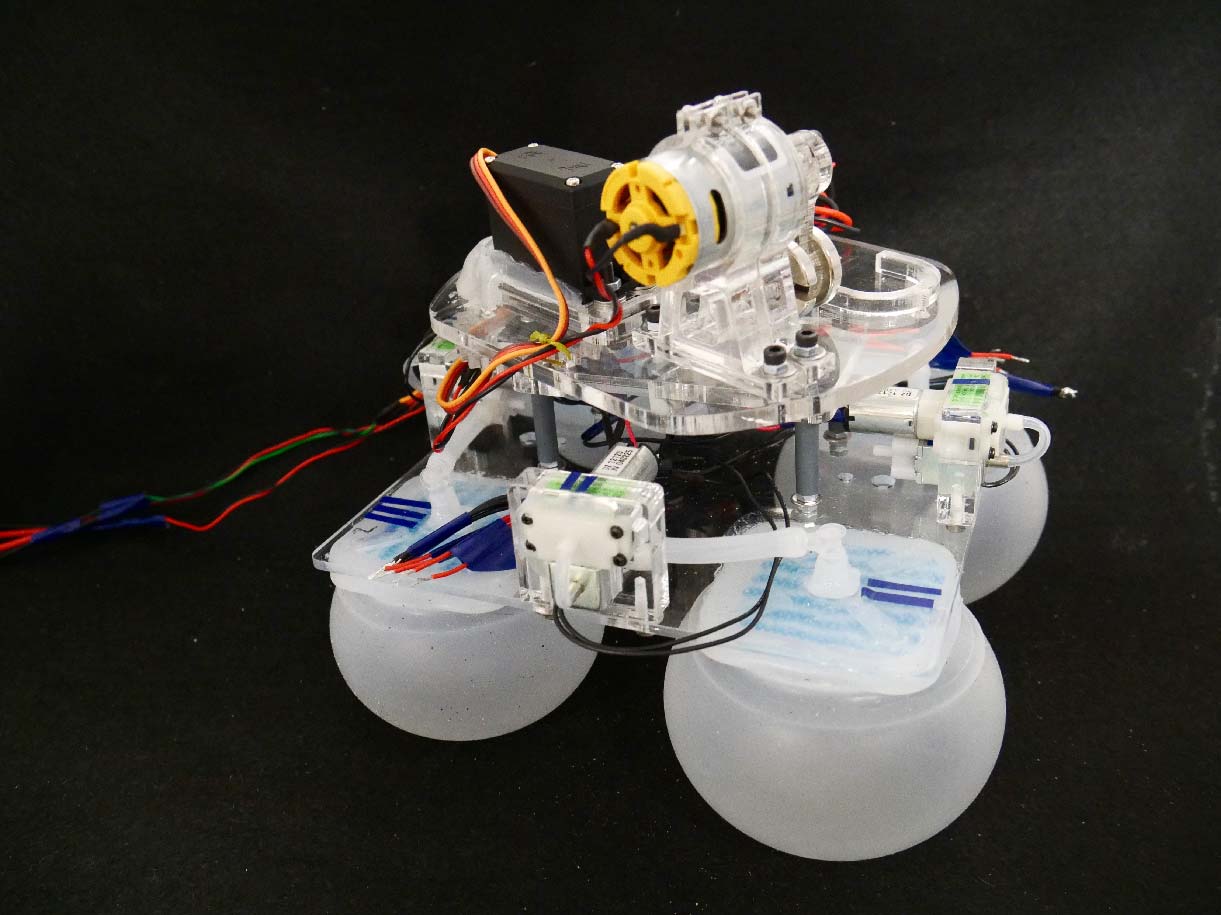 I was part of the team developing RUBIC. RUBIC is an untethered pneumatically-driven robot that locomotes by inflating silicone chambers on its outer faces. Its body is a 10cm hollow cube that contains the battery, circuit board, 2 pumps and 12 3-way solenoid valves that power the fluidic (pneumatic) actuators. The robot is controlled via Bluetooth using a custom user interface. You can read about the design and performance of RUBIC in our publication:
RUBIC: An Untethered Soft Robot With Discrete Path Following.

Watch both RUBIC and Good Vibes in action here and at the competition here. 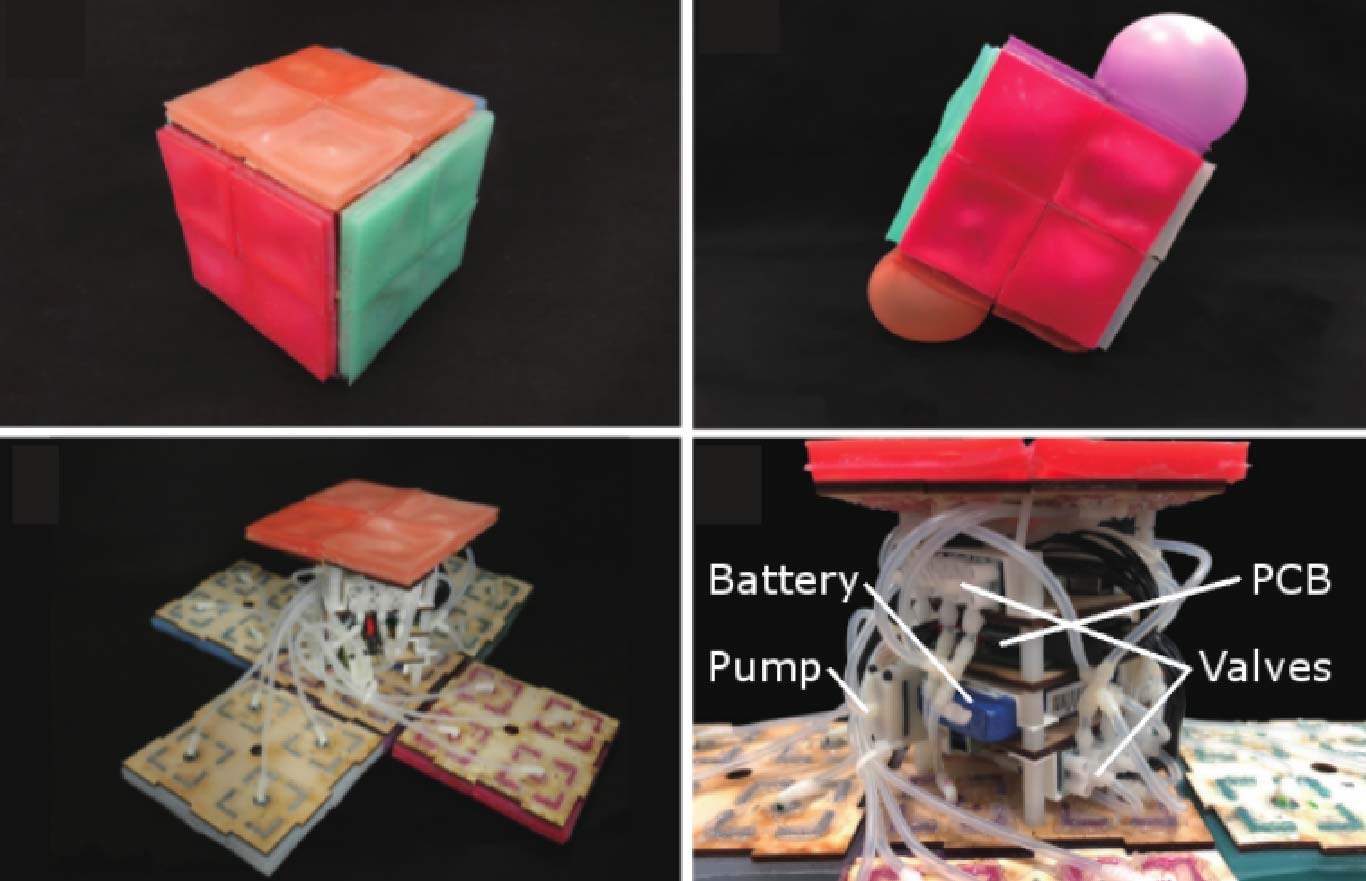 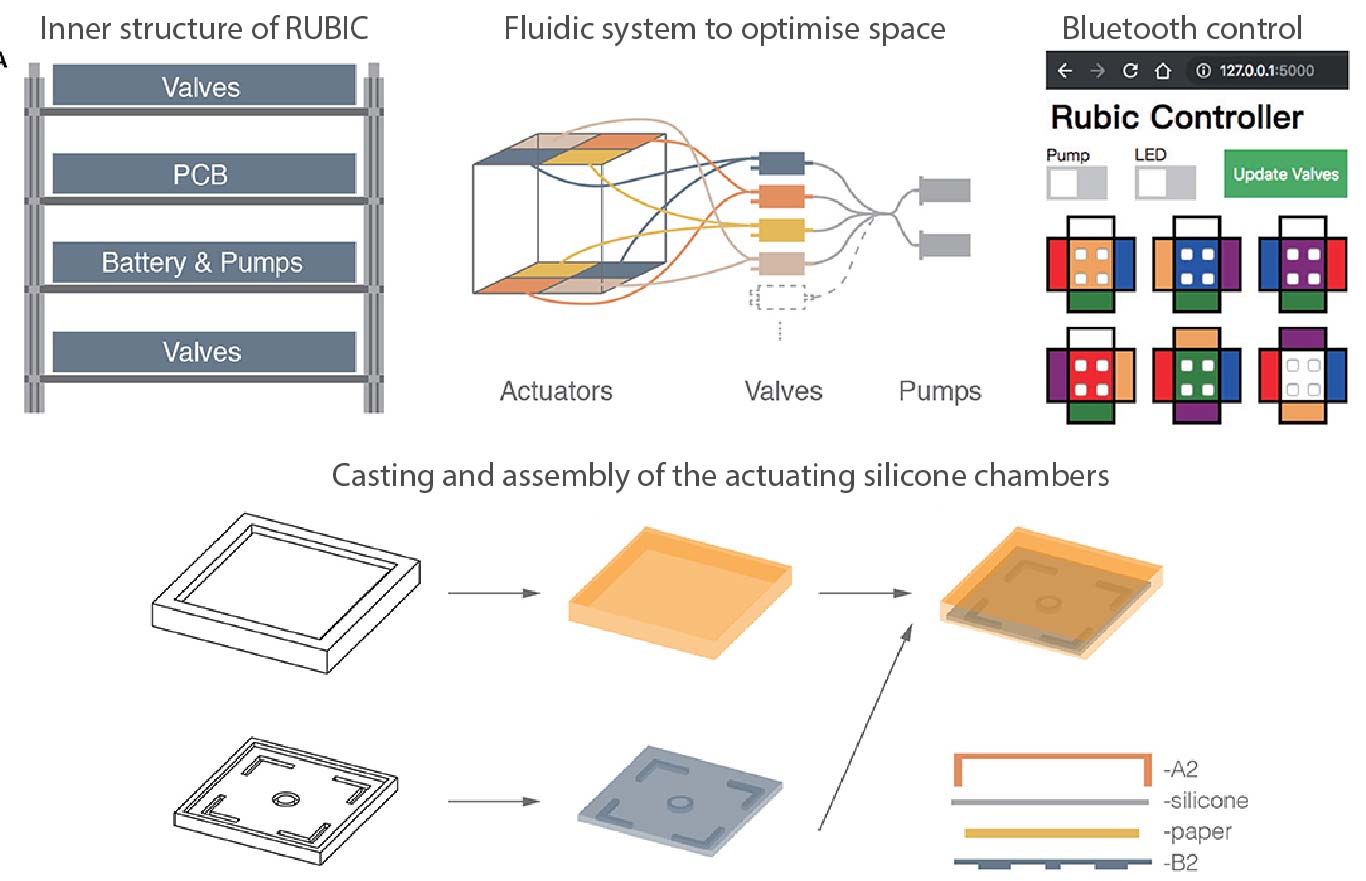