While I was working at The Factory we were approached by Bathscape and Bath Spa University to create a workshop at the local city farm. Bath city farm sits upon one of the hills overlooking the city of Bath and is a wonderful space for locals and visitors alike. The focus of this workshop was to create an installation at the farm with students from Bath Spa as part of the Bathscape project, connecting people with the local landscape. The other aim of the workshop was to give the students some experience of prototyping and coding and developing a project together.

The workshop evolved out of the idea to create interaction points around the farm which would encourage people to explore the space and its relationship to the landscape. I designed and fabricated a set of weatherproof boxes inspired by the city farm logo to house a raspberry pi, an audio speaker and an input such as a motion sensor or button which the students would assemble and code on location.

During the morning, the students explored the farm in groups recording interviews with the volunteers and friends of the farm to create soundscapes inspired by a particular location. They then edited their recordings to produce a 60 second clip that was saved onto the raspberry pi boards. We took them through the basics of wiring up and coding the pi to wait until a motion sensor is triggered and then play the audio file. They then assembled the housings for the circuit and made sure they were weatherproof. With a storm brewing we rushed to fix the interaction points in their chosen locations and do a tour around the farm so that each group could show their final creation.

You can find out more on my Factory blog about the workshop prototyping and the final event at Bath city farm. 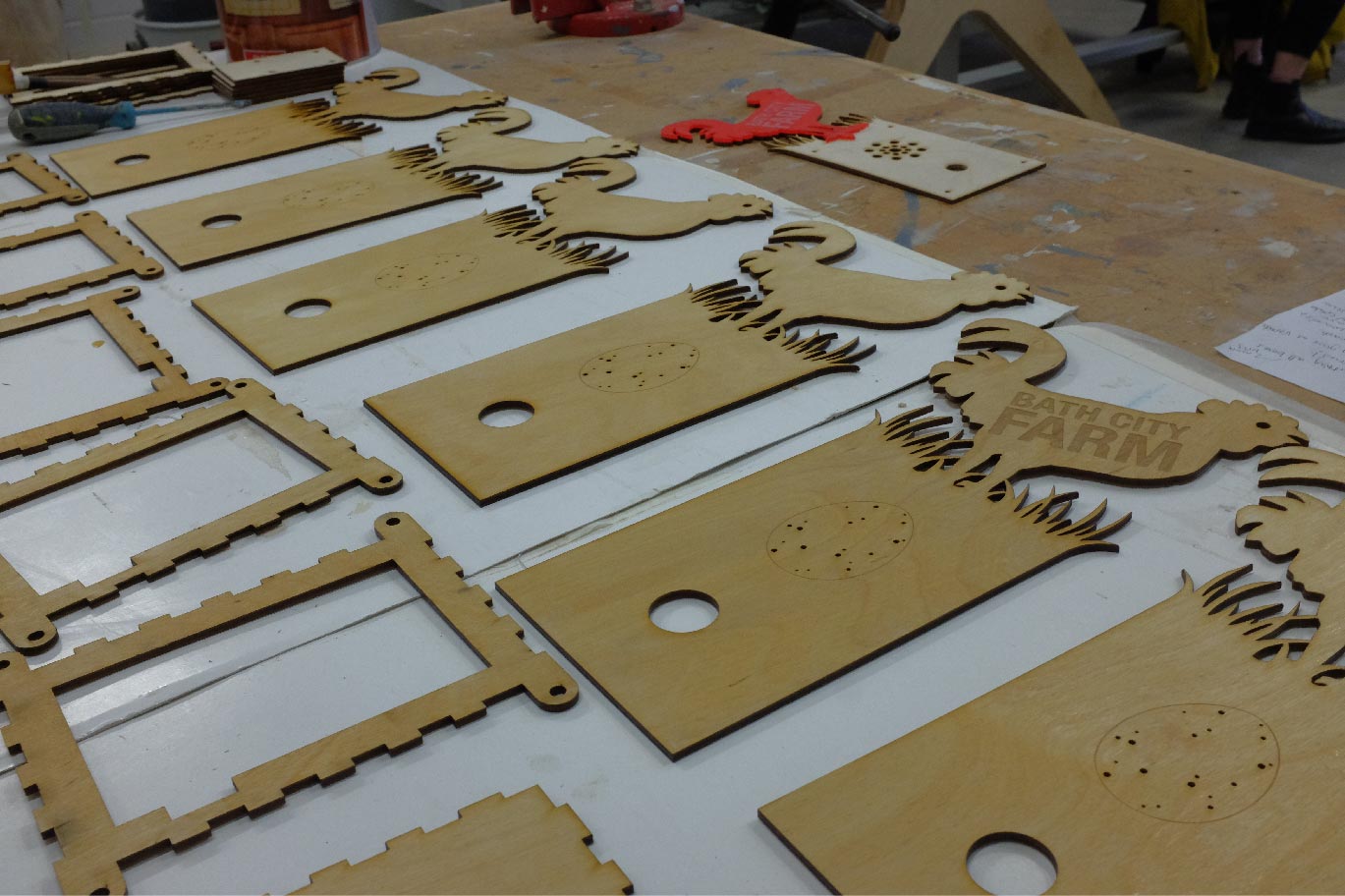 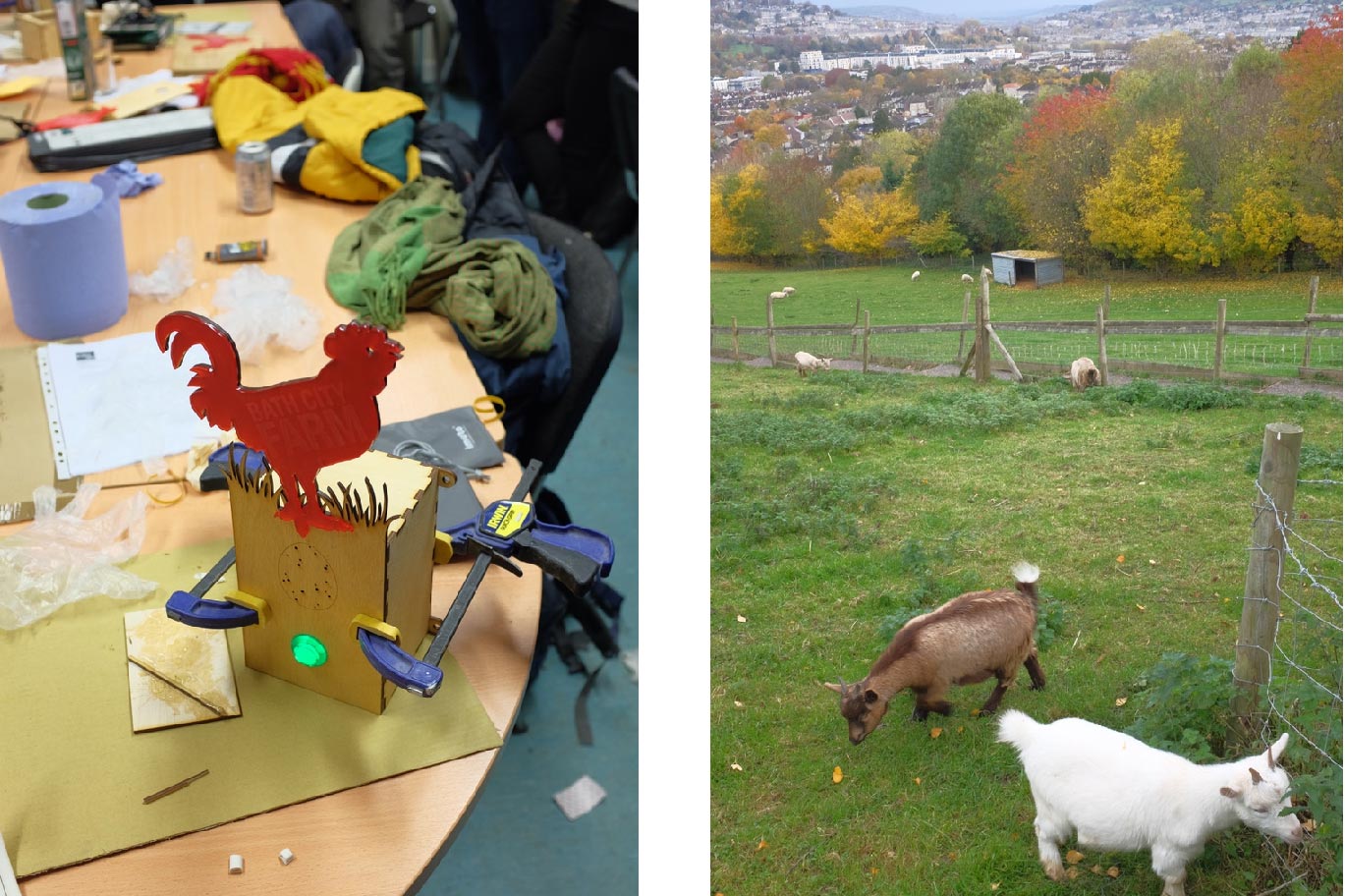 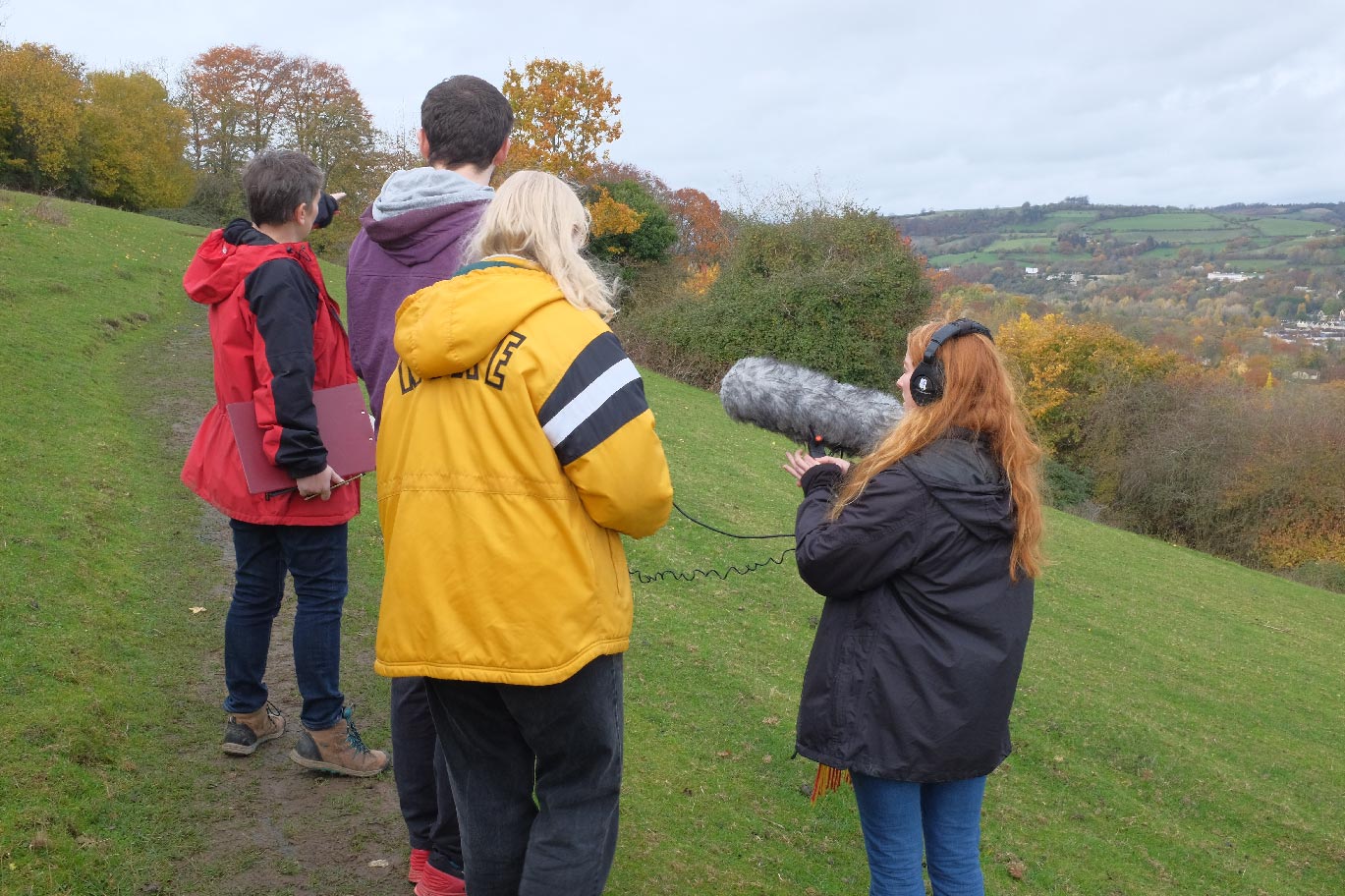 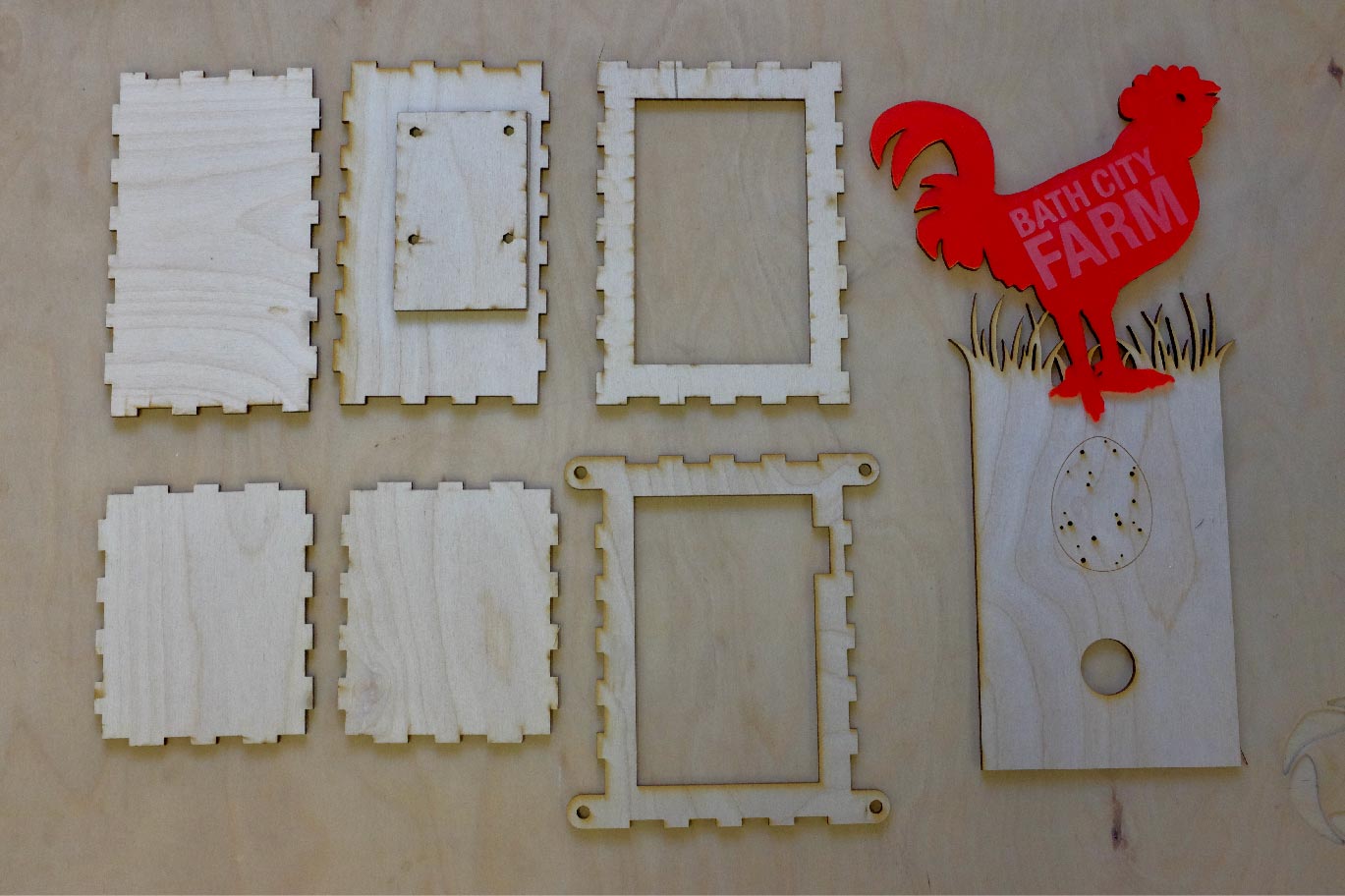 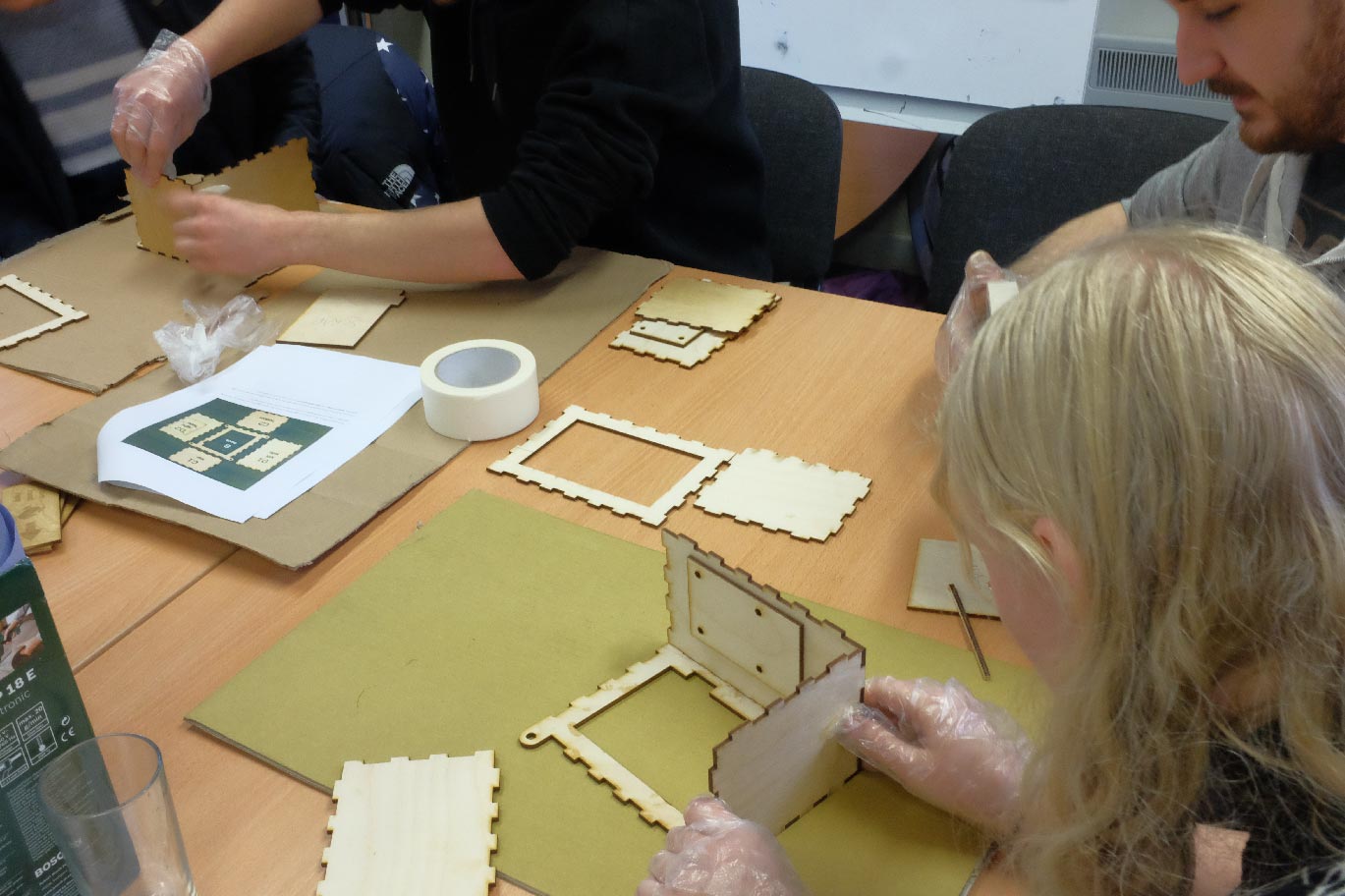 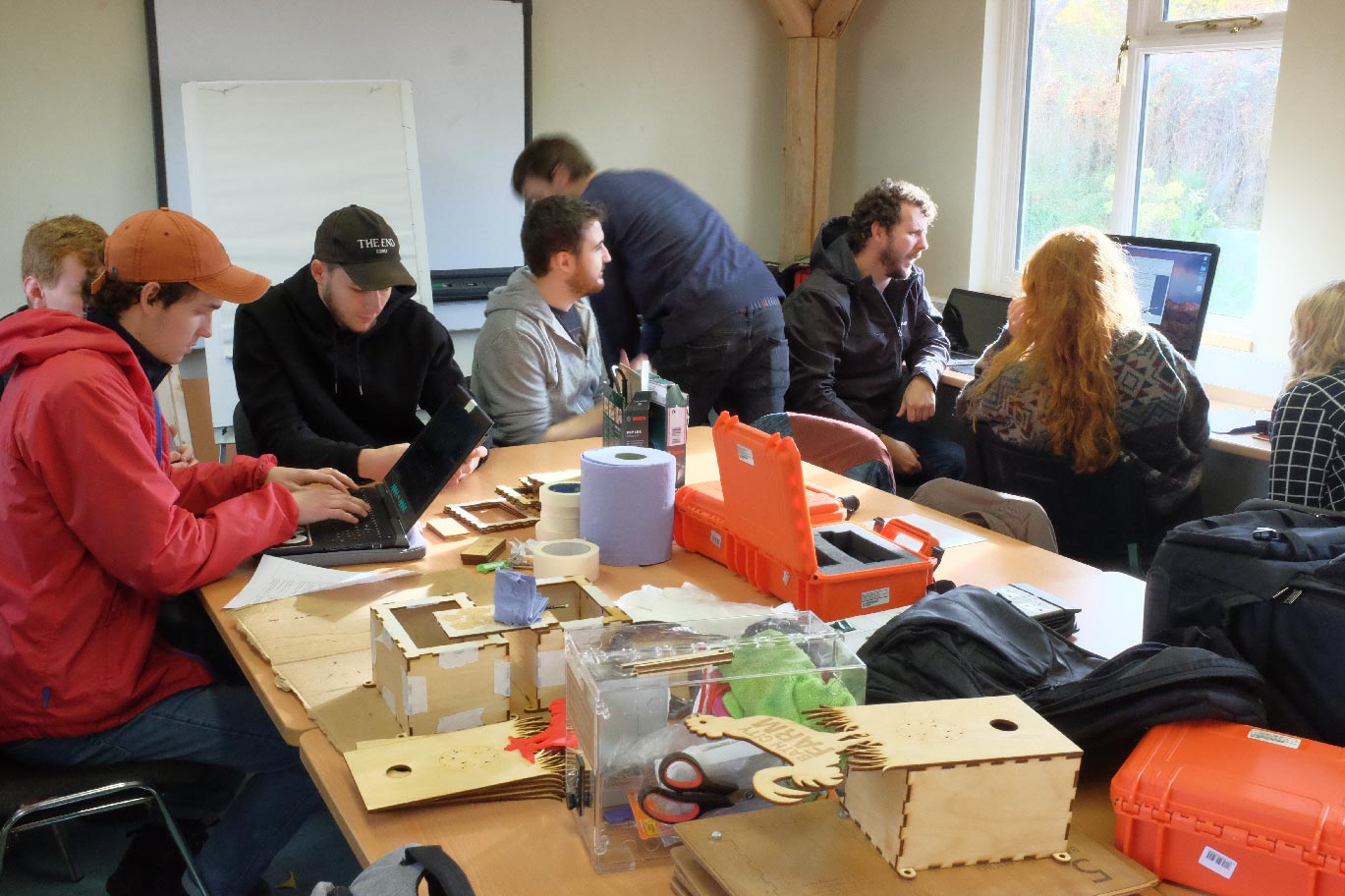 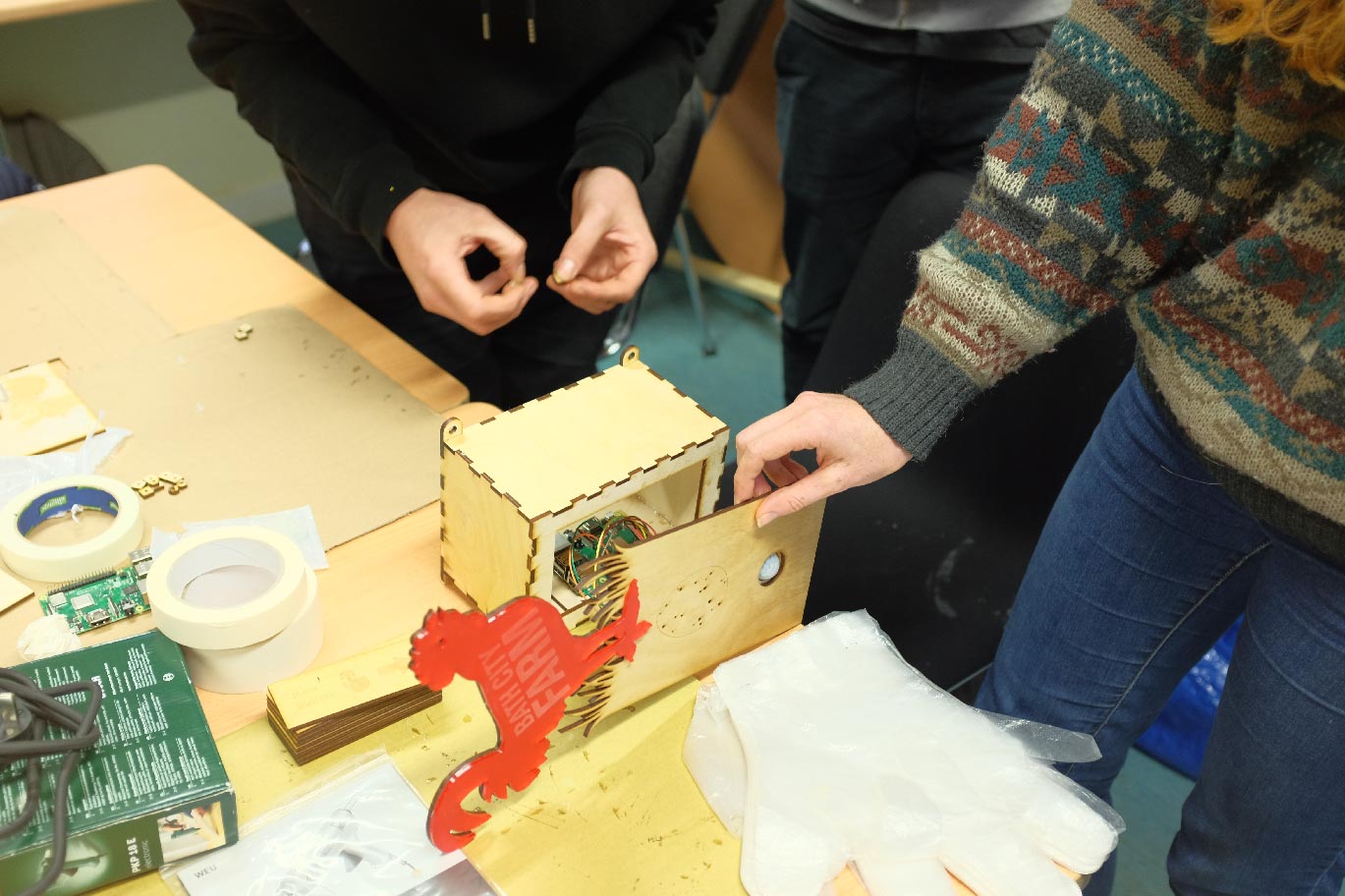 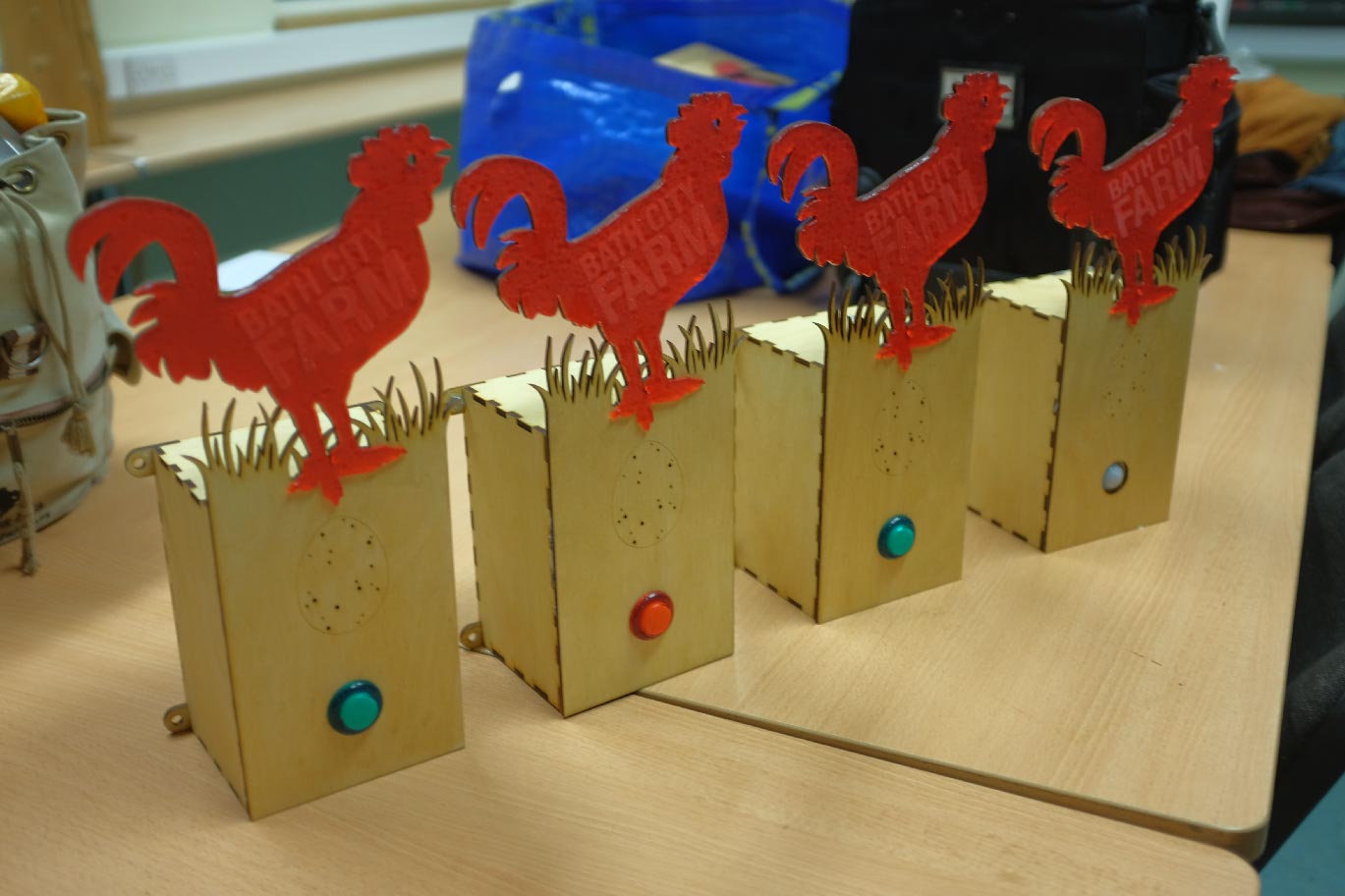 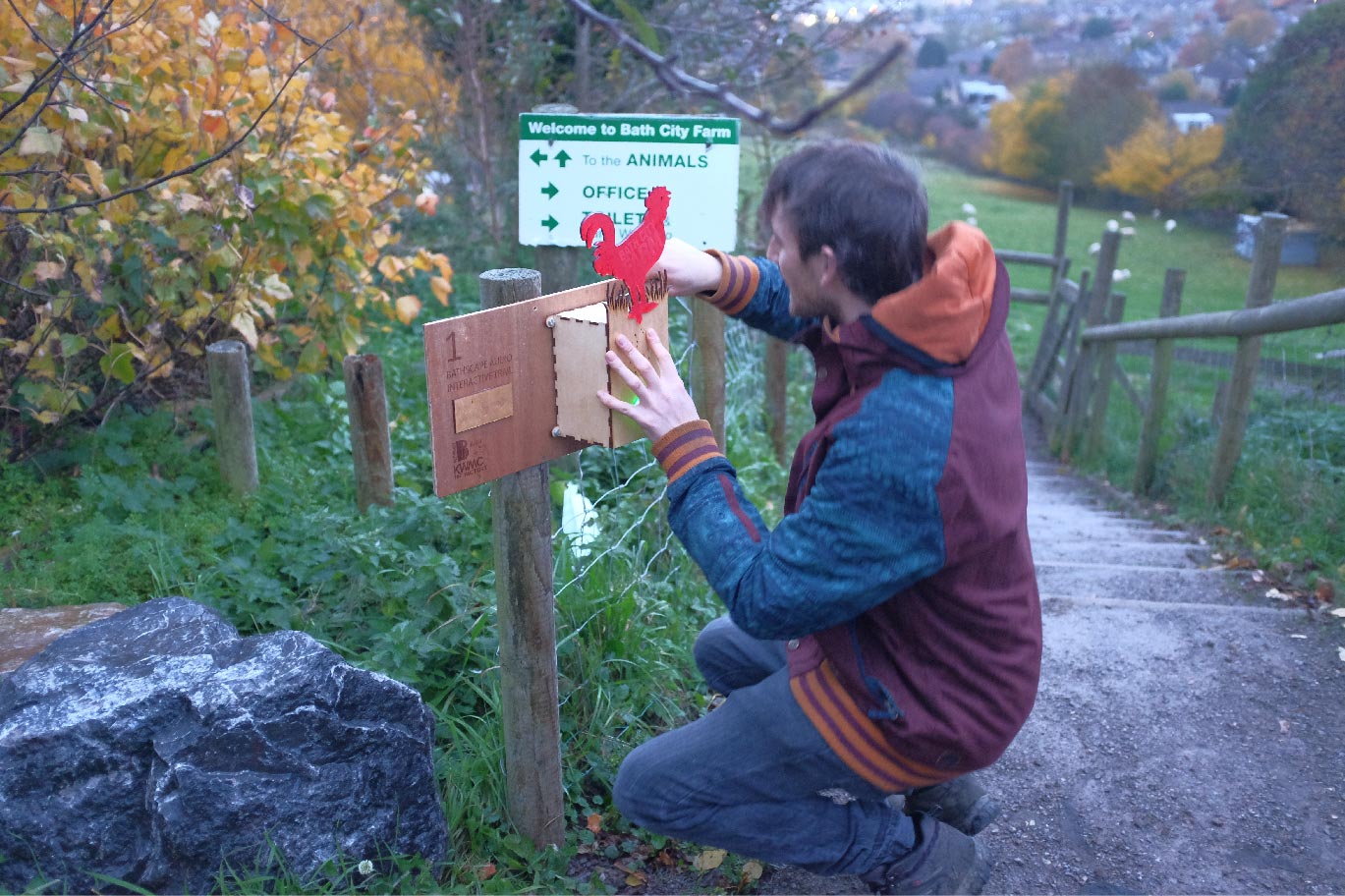